On the day you file for a Woodland Hills Chapter 7 bankruptcy‚ you provide to the court a snapshot of your finances. 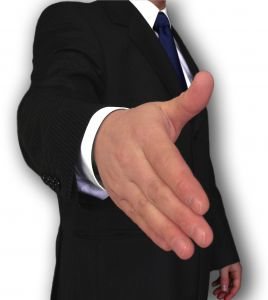 In the recent case of Williams‚ et al. v. King‚ reviewed by the U.S. Court of Appeals for the Eighth Circuit‚ the question was whether the plaintiff in an adversary proceeding to a Chapter 7 bankruptcy had adequately proven that certain debts were post-petition‚ and therefore still owed.

This case got off to a bad start‚ as both parties attempted to circumvent the bankruptcy laws soon after the petition was filed.

According to court records‚ the debtor began borrowing from the plaintiff back in 2008. There were several loan agreements drawn up over the years‚ and the two apparently had a good business relationship.

Such concealment from the court is considered a form of fraud. It’s a very serious offense that can result in a debtor’s case being dismissed and even possibly criminal charges. No creditor can be given preferential treatment‚ except where it is statutorily mandated (i.e.‚ child support) or where the court gives express approval.

In this case‚ the debtor and the plaintiff entered into another agreement after the bankruptcy was filed. This new agreement rolled the old principal balance into a new loan. The total for the new loan was to be $81‚000‚ though it wasn’t clear from the documentation how much was owed prior to the bankruptcy filing. Unbeknownst to both parties at the time‚ this agreement was unenforceable‚ as neither had the power to reaffirm the debtor’s pre-conversion debt or prevent it from being discharged in the bankruptcy. An agreement to re-affirm pre-petition debt would have had to meet a number of requirements‚ including the approval of the bankruptcy court. But the bankruptcy court was not even aware of this debt‚ and the new agreement was never submitted to the court.

The plaintiff filed a motion with the court objecting to the inclusion. He cited the contract between the two. At a hearing‚ the court informed the plaintiff that the agreement was ineffective because it had not been approved by the court. Subsequently‚ the court approved the debtor’s request to add the plaintiff as a creditor. The bank then re-closed the bankruptcy‚ discharging the $76‚000 worth of debt associated with the unenforceable agreement.

The plaintiff’s attorney then filed a motion in state court‚ seeking to recover the balance that had been discharged.

The debtor then filed a motion in bankruptcy court‚ asking that the state court action be dismissed and that the plaintiff be ordered to cover the cost of his legal fees‚ about $1‚500. The plaintiff failed to appear for the bankruptcy court hearing. The court granted a motion in favor of the debtor‚ dismissing the state court action and ordering him to pay the debtor’s legal fees.

If you are contemplating bankruptcy in Woodland Hills‚ contact Cal West Law‚ APLC to schedule your free consultation. Call tell:(818) 446-1334.