In determining whether it is best for you to file a Chapter 7 bankruptcy in Woodland Hills‚ it’s important to know what the process can – and can’t – accomplish for you. 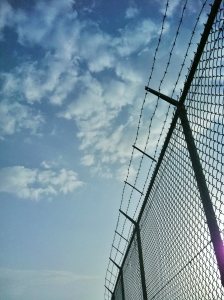 Perhaps you have a host of unpaid medical bills or you made a risky investment and it didn’t pay off. Maybe your business failed‚ you’re buried in high-interest credit card debt or your divorce wiped you out financially. If so‚ bankruptcy is probably a good solution.

However‚ if you are trying to extricate yourself from student loans or are having trouble with mountains of past-due federal taxes‚ bankruptcy may not be your best remedy.

Another thing bankruptcy cannot do is eliminate liability for criminal restitution (or personal injury damages in many cases‚ for that matter). The court recognizes that victims need to be made whole‚ and therefore‚ these debts are not deemed dischargeable.

However‚ that didn’t stop the debtor in the case of Behrens v. United States from trying to argue it. The U.S. Bankruptcy Appellate Panel for the Eighth Circuit ultimately shot him down.

This was an individual who was‚ according to court records‚ involved in a Ponzi-type scheme in Nebraska‚ where he allegedly duped investors – many senior citizens – into paying some $6 million for bad investments. Some of that money he used to line his own pockets‚ purchase luxury cars and do remodeling on his two homes.

He was investigated by the Securities and Exchange Commission‚ as well as by the U.S. Department of Justice. He signed a consent judgment with the SEC‚ and was later found guilty of fraud in federal court and ordered to pay restitution.

The debtor argued that the restitution in the criminal case was to benefit the same individuals for whom a civil receivership was established by the SEC.

Initially‚ the debtor (pro se‚ or without an attorney) filed for relief under Chapter 11‚ which is typically reserved for businesses. The bankruptcy court initially dismissed the filing‚ but later converted it to a Chapter 7 liquidation.

Within this proceeding‚ the debtor initiated an adversary proceeding‚ in which he challenged the validity of the Justice Department’s order of restitution lien‚ and demanded all property and funds seized from him should be returned. He contended that the government’s actions violated his rights with regard to the automatic stay that a bankruptcy affords.

An automatic stay requires all creditors cease and desist collection efforts while the case is pending.

However‚ the bankruptcy court dismissed this adversary complaint for failure to state claim upon which relief could be granted. The court determined that the primary purpose of the complaint was to attack the validity of the U.S. District Court’s restitution order. Bankruptcy court‚ the judge ruled‚ was not the place to do this‚ as the defendant had already been granted this opportunity – before the U.S. District Court.

The debtor then appealed‚ continuing to claim the criminal judgment invalid.

The appellate court determined that the bankruptcy court correctly dismissed this complaint. The appellate panel determined that if in fact the debtor has a valid and compelling argument that would challenge the criminal judgment and subsequent restitution order‚ the place to present that argument would be to the district court that entered the judgment.

The panel noted that the debtor did not challenge validity‚ priority or extent of the government’s restitution order lien on any grounds other than his disagreement with the criminal action. Therefore‚ there was nothing for the bankruptcy court to decide.

While we certainly understand the desperation one must feel in this situation‚ an experienced bankruptcy attorney could have advised this individual from the start that this was not the forum in which to argue his case. He might also have been informed of other ways he might have worked to ameliorate his debt woes. Instead‚ the only thing he accomplished was wasting more time and money.