Usually‚ when people file for a Chapter 13 bankruptcy in L.A.‚ they can plan on the repayment process being completed within three to five years. 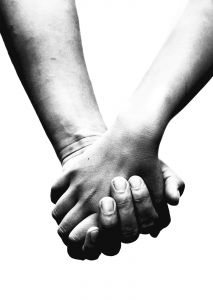 The exceptions to this are pretty rare and usually‚ modifications aren’t made unless there is some significant change of circumstance prior to the end of the payment plan period.

Most bankruptcy courts – including the U.S. Bankruptcy Court for the Southern District of California – require that debtors use the court’s model Chapter 13 plan. This form prioritizes creditors‚ spells out certain fees‚ names all creditors‚ arrears and monthly installments. Any deviation from this plan is going to require approval from the court.

In the recent case‚ Gordon‚ et al v. Bank of America‚ N.A.‚ et al‚ the court consolidated two cases of debtors who had deviated from the court’s model plan. Although the bankruptcy court confirmed the debtors’ modified plans‚ on appeal‚ the district court held that the debtors could not modify this plan‚ and therefore‚ the decision was reversed and the cases remanded back to the bankruptcy court.

The debtors then appealed that determination.

In the first case‚ the bankruptcy appellate panel determined the appeal was moot because the pending bankruptcy case was dismissed‚ due to the debtor’s failure to abide by the existing conditions of payment. A creditor sought dismissal because of this failure‚ and the debtor never objected. That meant the debtor’s standing in the appeal was non-existent.

In the second case‚ the court determined it lacked jurisdiction to consider the appeal because the district court’s ruling to remand the case for significant further proceedings did not constitute a final – and therefore appealable – judgment. That means it will be up to the bankruptcy court to consider whether any deviations are acceptable and‚ given the district court’s ruling‚ that’s unlikely.

Generally speaking‚ the length of a Chapter 13 plan is going to depend on your level of income. The court will look at your income over the past six months.

Most plans will allow you to keep your property‚ so long as you stay current with the plan.

However‚ life sometimes happens and you may not be able to stay current on those payments. If that is the case‚ you must act right away in contacting an experienced bankruptcy lawyer who can help you request a modification. Don’t wait until you are several months behind to reach out for help.

By seeking modification – as opposed to simply letting your payments lapse – you can help make sure your case isn’t dismissed entirely‚ putting your property in jeopardy.

An attorney can file a motion to modify the plan after confirmation. This will include details of the circumstances‚ any potential changes you need to make‚ and forgiveness of back payments.

The most common circumstances that may warrant a modification include:

Once a motion for modification is filed‚ the trustee will need to review it and there will likely be a hearing at which the judge will decide whether to approve your request.

If you are contemplating filing for a Chapter 13 bankruptcy in Woodland Hills‚ contact Cal West Law to schedule your free consultation. Call (818) 446-1334