The U.S. Supreme Court heard oral arguments this month in Executive Benefits Insurance Agency v. Arkison‚ a case wherein the primary question pertains to the scope of powers we grant to bankruptcy judges. 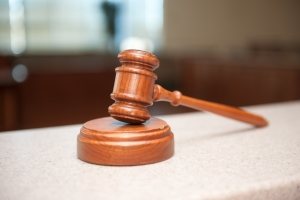 At the heart of this case is Article III of the U.S. Constitution‚ which governs judicial powers. The power of federal courts (including bankruptcy courts) is controlled – sometimes rather strictly – by this article. Their authority is not open-ended‚ and over the course of the last 30 years‚ the U.S. Supreme Court has offered a more precise interpretation of those limits.

To understand why this case matters to those filing for bankruptcy in Woodland Hills‚ you have to first understand that the high court weighed a similar issue two years ago in Stern v. Marshall. Most people would be more familiar with the case once it’s revealed that the “Stern” is Howard K. Stern‚ who was the executor of the estate of Vicki Lynn Marshall‚ also known as Anna Nicole Smith. Elaine T. Marshall was the executrix of the estate of E. Pierce Marshall‚ the son of an extremely wealthy Texas oil tycoon who was briefly married to Smith at the end of his life.

While the case was complex‚ with numerous colorful characters filtering in and out of the action‚ the bottom line was that the U.S. Supreme Court found that the bankruptcy court had overstepped the bounds set forth by Article III. Specifically‚ the bankruptcy court was found to have improperly exercised its power by entering a final judgment on a common law tort claim. Smith had filed an action against Pierce Marshall in the course of her bankruptcy claim. The bankruptcy judge issued a final ruling on it.

The decision was a bold statement by the court to Congress‚ which had passed legislation that expanded the powers of federal bankruptcy judges in response to a previous ruling on the matter back in 1982.

So now‚ the question in the Arkinson case is whether‚ given the fact that Congress can’t expand the authority of bankruptcy judges‚ if parties to a lawsuit can do it simply because they consent or forfeit the right to consent.

An example was offered recently by Reporter Lyle Denniston in his prequel analysis of the case. Let’s say two parties are disputing the assets of an estate. This is a private rights dispute representing a core proceeding‚ and normally a matter governed by state inheritance law (which was the case in Stern). Such a matter can only be decided by a tenured Article III judge – which bankruptcy judges are not. So a bankruptcy court judge would not be able to issue a binding and final decision on such a matter.

However‚ non-core proceedings‚ such as those involving public rights‚ can be decided by bankruptcy judges and other non-Article III jurists.

In the Arkinson case‚ an insurance company called Bellingham became insolvent at a time when it was handling all the business for Arkinson. After the insurance company closed its doors‚ a long-time employee was paid a commission from one of the firm’s largest clients. This $375‚000 inter-company transfer was used by this long-time employee to establish a new firm – Executive Benefits Insurance Agency.

When Bellingham filed for bankruptcy‚ the trustee in the case filed a claim alleging that $375‚000 transfer was fraudulent‚ an effort to keep that money away from Bellingham’s creditors. The trustee further argued that Executive was the successor to Bellingham‚ and that it should be responsible for Bellingham’s debts.

The bankruptcy judge ruled in favor of the trustee‚ ordering the Executive to return the full amount of the transferred funds. The district court upheld this decision.

Executive, in turn, appealed to the U.S. Court of Appeals for the Ninth Circuit‚ citing the Stern ruling‚ and arguing that the bankruptcy court judge had acted outside the scope of his powers. The appellate court found that because the issue was not one of the public rights and was not a core proceeding‚ the bankruptcy judge acted outside the proper scope of his power. However‚ the appellate court said that because the Executive had waited too long to challenge the ruling issued by the bankruptcy court‚ it implied consent to the decision as binding and final.

It remains to be seen whether the U.S. Supreme Court will agree.