Anytime you file for a Chapter 7 bankruptcy in Long Beach‚ some assets become property of the bankruptcy estate. 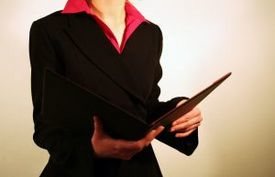 With regard to property that is non-exempt‚ the bankruptcy trustee in your case may file a motion for turnover of those assets so that they can be sold‚ with the money then used to pay your creditors. Those creditors aren’t likely to receive the full amount of what you owe‚ but the idea is to distribute what you do have in a fair and orderly manner.

A Chapter 7 bankruptcy filing‚ also referred to as a liquidation‚ does not mean you have to give up everything you own. There are numerous legal exemptions that protect certain items‚ but even outside of that‚ debtors do have the power to oppose a motion for turnover.

This is not uncommon. It happens that the debtor will disagree with the trustee regarding what kinds of property is exempt or how much it’s worth. When your attorney files a motion‚ a hearing will be set and a judge will decide who is right.

But even if you know the property you’ve been asked to give up is non-exempt‚ you can offer to either buy it back from the trustee or trade an exempt asset for it in exchange. In some situations‚ you may even be able to get the property for a lower price because the trustee doesn’t have to pay additional third-party sales costs.

In the recent case of Shapiro v. Henson‚ the U.S. Court of Appeals for the Ninth Circuit remanded a bankruptcy case back to the lower court for reconsideration on a turnover motion.

According to court records‚ the debtor in this case filed for a voluntary chapter 7 bankruptcy in the summer of 2009. At that time‚ she had a checking account that contained about $7‚000. Prior to filing for bankruptcy‚ the debtor wrote several checks on this account‚ but the bank didn’t honor those checks until after the bankruptcy petition was filed.

Two months after the filing‚ the bankruptcy trustee sent a letter to the debtor demanding she turn over the funds that had been in her bank account. The debtor replied that she wasn’t in possession of those funds and indicated she wouldn’t or couldn’t comply.

The trustee responded by filing a motion for turnover request‚ pursuant to Bankruptcy Code 542(a).

The bankruptcy court denied this motion because the debtor didn’t have control or possession of those funds at the time the trustee filed his motion. The district court affirmed that ruling‚ which was then appealed by the trustee.

The question before the appellate court was whether a trustee’s turnover power is restricted to the recovery of bankruptcy estate property (or its relevant value) from entities that have possession‚ custody or control of such property at the time the motion is filed. The appellate court ruled that the language in the bankruptcy code suggests that no such restriction exists.

Rather‚ the trustee can file a motion for turnover of property that was in possession of the debtor at any point during the bankruptcy case.