In any bankruptcy proceeding‚ the court wants to make sure there is fairness across the board. Save for specific legal exceptions‚ no one debtor should be considered more important than another‚ and it is the bankruptcy trustee who is charged with administering the debtor’s estate in a manner that is considered orderly and fair. 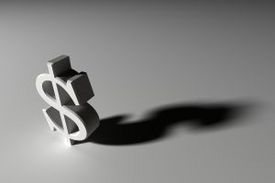 If he or she has reason to believe that the debtor is attempting to conceal assets or transfer them to a location that would be out of reach of certain creditors‚ that is considered a fraudulent transfer‚ also sometimes referred to as a fraudulent conveyance. It is detailed in 11 U.S. Code 548.

There are those situations when improper transfers of funds or assets are deliberate and intentional. Some examples that might signal a red flag to a trustee would be the transfer of a substantial number of assets‚ the transfer of a newly-created corporation or a special relationship with the person to whom the property was transferred.

However‚ there are some cases in which those filing for bankruptcy in Woodland Hills didn’t realize that engaging in certain transactions prior to filing or after could put their entire case at risk. The law allows trustees to look back as far as two years prior to the filing to see whether there are any questionable transactions that may indicate fraud. They will be looking at whether the sale was for a fair market value‚ whether the transaction was made in good faith during the regular course of business by individuals with independent interests‚ whether there were any competitive bids for the property and the overall net effect on the debtor’s estate with respect to how much is then left for unsecured creditors.

Many times‚ any question of impropriety can be avoided with proper planning and extensive consultation with an experienced bankruptcy attorney.

But even in situations when the trustee brings a fraudulent transfer accusation unexpectedly‚ there are grounds on which your bankruptcy attorney can fight back.

Recently‚ the U.S. Court of Appeals for the Second Circuit reviewed the case of In re: Douglas Palermo‚. Here‚ the debtor‚ a self-employed real estate consultant‚ made a number of transfers prior to his Chapter 7 bankruptcy filing.

The action was filed two days prior to the statute of limitations ending period‚ though amended complaints were filed later. Action was taken against a number of those who received the transfers. Many of those were later dropped‚ but the trustee persisted with the transfer of $300‚000 that the debtor assigned to a long-time friend and associate. Those funds had recently been received by the debtor in a large real estate deal.

The debtor would later offer testimony indicating that the man had performed numerous duties to earn those fees‚ but the court found his statements to be self-contradictory and inconsistent.

Prior to the start of the trial‚ it was requested that the court dismiss the action as untimely‚ barred by the statute of limitations. The district court denied this motion‚ and the trial moved forward‚ with the court ultimately siding in favor of the trustee.

This verdict was appealed but affirmed by the appellate court‚ which did find there was an improper prejudgment of interest in the amount of $170‚000. This aspect of the case was remanded for further consideration.

As this case illustrates‚ such errors can be extremely costly. Avoid them by investing in an experienced bankruptcy attorney.