Millions of homeowners found themselves underwater on their properties when the housing market hit rock bottom. As a series of federal investigations have revealed the extensive role banks and mortgage servicers played in creating the problem‚ a number of these institutions have been forced to reach billion-dollar settlement agreements. Some of that money has been extended in the form of foreclosure relief options‚ such as loan modification and principle interest reduction. 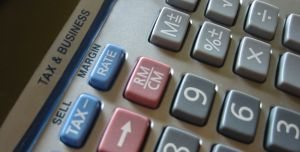 If you are looking to avoid foreclosure in Woodland Hills‚ you may well be eligible for help. However‚ before signing anything‚ we would encourage you to contact an experienced lawyer because it is quite possible that you will pay dearly for that relief come tax time.

The reason has to do with a tax exemption for mortgage debt forgiveness that Congress allowed to expire at the end of 2013.

Back in 2007‚ when the economy first began to tank‚ the federal government drafted and passed legislation that allowed those borrowers to write-off the amount of their mortgage that had been reduced. However‚ now that those tax breaks have expired‚ borrowers are required to report those reductions as income.

Although Congress has been mulling a broad overhaul of the tax code – which would include permanent adjustments for these kinds of situations – those changes aren’t likely to come soon enough for a broad swath of borrowers.

This could spell financial disaster for a lot of people.

Absent the tax break‚ that $25‚000 is considered income for tax purposes – even though it wasn’t money in your pocket. In this scenario‚ this would push the couple into a higher tax bracket‚ causing them to have to pay 25 percent of their income‚ which as a result of the debt forgiveness would be considered $90‚000.

So by accepting the foreclosure relief package to which they were entitled‚ the couple in this scenario would be responsible for paying $23‚750 instead of the $9‚750 they would have otherwise paid. That’s a nearly 145 percent increase in their tax bill‚ which is substantial‚ particularly when we’re talking about people who were on the verge of foreclosure to begin with.

Anyone who is contemplating a short sale needs to pay particular attention to this issue because these are the folks who this is most likely to affect.

The New York Times recently offered up a real life scenario of how that would play out. A man in Ohio owes $250‚000 on his mortgage. He has found a buyer willing to purchase the home for $150‚000 – and the bank has agreed to it. However‚ absent the tax exemption‚ that’s going to mean he’ll be taxed on an additional $100‚000 in income – which is going to mean a $28‚000 tax bill.

RealtyTrac has estimated that under just a single mortgage settlement involving the five biggest lenders‚ some 90‚000 homeowners received debt relief that averaged about $110‚000 each.

Debt reduction has proven one of the most effective forms of loan modification‚ but it’s imperative that those looking to avoid foreclosure consult with an experienced lawyer before moving forward. That way‚ you can have a full grasp of the potential implications and pitfalls‚ and whether there may be any way to avoid these negative consequences.