News reports recently detailed the plight of a woman in her 50s who suffered a scorpion sting while going through some items in her garage. 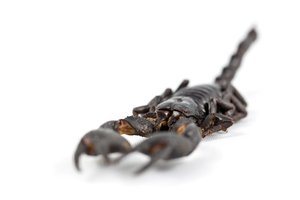 She was taken to the hospital‚ treated for three hours and released. But that’s when she got the real sting: A hospital bill for $83‚000.

Woodland Hills Chapter 7 bankruptcy lawyers know that cases like this are being reported with increasing frequency‚ and it’s leading more and more people to file for protection under federal bankruptcy laws.

Out-of-control medical bills are one of the top causes of bankruptcy in this country. Without question‚ it’s something that politicians have been trying to tackle for decades‚ but as this case proves‚ we have much farther yet to go.

According to The Arizona Republic‚ the hospital in this case charged nearly $40‚000 for each of the two doses of antivenom. Hospitals just across the border in Mexico charge about $100 a dose. The newspaper researched the matter further‚ and found that the average charge for the serum runs between $8‚000 and $13‚000.

This was an insect bite – not even a major‚ complicated surgery or long-term treatment that would require an extensive amount of skill and specialty.

But let’s say it is a surgery. One example was recently provided by an NBC News reporter in Atlanta who reported being charged $66‚000 for a one-night hospital visit. It was a four-level vertebrae fusion surgery. Now‚ this reporter happened to have insurance. Hospitals often give insurance companies a break‚ known as “allowances‚” and the insurance company ended up paying about $34‚000‚ while the patient ended up paying about $4‚000.

Perhaps most astonishing about the report was the quote from a hospital administrator‚ who said most patients probably don’t realize they can negotiate their bills down by a substantial portion. Many simply assume they must pay it – and they go broke trying.

Some people are opting for a risky alternative‚ which is not to receive treatment. Consumer Reports released a study last year that showed 45 percent of adults under the age of 65 didn’t get a prescription filled and 65 percent canceled a doctor’s appointment — because they could not afford it. Numerous others decided not to get a test their doctor had ordered or undergo a medically necessary procedure.

The Affordable Care Act promises a cap on out-of-pocket spending for medical procedures. However‚ even that amount probably won’t be low enough to keep you from considering a bankruptcy.

The good news is that a bankruptcy does allow you to start over after you’ve been buried in medical debt.

Your creditors will stop hounding you immediately after you have filed (known as an automatic stay)‚ and after the debts are discharged‚ you will be able to walk away from the ordeal debt-free. Even if you don’t qualify for a Chapter 7‚ a Chapter 13 filing can help you establish a doable payment plan‚ for those especially difficult cases where the health care provider won’t accept a lower settlement.

If you have questions about how to tackle your medical bill debt‚ we can help.