Despite optimistic reports of economic recovery throughout the U.S.‚ the average American poll respondent consistently reports doubt that things are getting better. 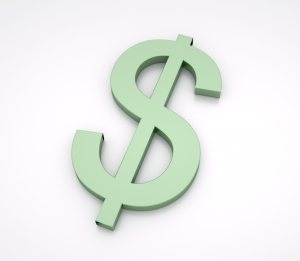 It’s now easy to see why‚ following the September release of the the latest Census Bureau report‚ “Income‚ Poverty and Health Insurance Coverage in the United States: 2012.”

The report contains 88 pages of analysis‚ but our Woodland Hills bankruptcy attorneys can boil it down to this: The rich are getting richer‚ and the rest of the nation is getting poorer.

Last year‚ the median household income dropped for the fifth year in a row‚ down to about $51‚000. When adjusted for inflation‚ that’s the lowest it’s been since 1995.

Incomes first started dropping fairly dramatically in 2007‚ when the Great Recession first began. Since then‚ we’ve seen a cumulative dip of approximately 8.3 percent. The median income had reached a record high in 1999 of $56‚080‚ which was two recessions ago.

Meanwhile‚ the incomes of the richest in the nation have continued to grow. The Census Bureau calls the gap between the richest and the poorest the “Gini index.” It stood at 0.477 percent in 2012 after reaching a record high in 2011. A Gini index of 0 would mean complete income inequality. An index of 1 would mean one person would get all of the nation’s income.

As it stands right now‚ the richest 5 percent of Americans earned 23 percent of the nation’s income. For those top 5 percent‚ the median household income rose in the last year‚ from $317‚000 in 2011 to $318‚000 in 2012. While the income for this tier of earners has 100 percent recovered from the recession‚ the median American household is still grappling with an 8 percent decline.

These top earners allow politicians to skew the statistics‚ making it seem as if we’re better off.

When you factor in racial differences‚ the disparity is even more stark. For black households‚ the median income was $33‚321 last year. That’s less than half of what the median income is for Asian households. The federal government defines the poverty level as an income of $23‚550 for a family of four.

For anyone living on that little‚ life would be a struggle. Factor in a sick relative‚ a job loss or a pay cut – and we’re talking complete financial disaster.

While there are social service support networks that can aid a family temporarily‚ these are not intended to be long-term solutions. Those in search of sustainable debt recovery options should at least explore the possibility of a Chapter 7 bankruptcy.

Strategically‚ filing for bankruptcy protection at a time when your income level is still lower than your anticipated earning potential could be a smart move that could put you on a more financially stable path toward the future.

If you are contemplating filing for bankruptcy in Woodland Hills‚ contact Cal West Law to schedule your free consultation. Call (818) 446-1334