There was a time when the “American Dream” was tied to a white picket fence and two cars in the garage. 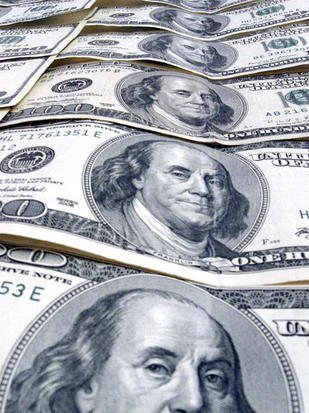 Today‚ it means something much different‚ according to a recent poll conducted by Credit.com. Today‚ what many people see as the pinnacle of success is not whether they have a mortgage‚ but rather if their credit score crosses a certain threshold and they no longer feel beholden to creditors.

Our Woodland Hills bankruptcy attorneys know that for those who are struggling right now – and there are a lot – that this dream is more attainable than you might realize.

Someone who is swimming in debt might see themselves as shackled‚ stuck borrowing from one card to pay the minimum on another and circulating in a seemingly never-ending cycle of unmanageable bills.

A bankruptcy is a ticket to freedom. In a Chapter 7 filing‚ you can shed almost all of your outstanding debt (save for student loans and family support payments). You can do this while retaining your pension and retirement accounts‚ your Social Security earnings and in many cases‚ even your home and vehicle.

It is true that your credit score is going to take a temporary hit. However‚ chances are if you’re having a hard time paying your bills‚ your score has probably already declined. If you are strategic about your filing‚ you will have the opportunity to begin quickly re-establishing positive credit‚ mitigating the impact and expediting your long-term financial recovery.

This brings us back to the “American Dream.” The recent poll indicated that among adults ages of 18 and 24‚ about quarter define it as being debt-free. That figure outnumbers those who dream of home ownership. Another 28 percent view it as the ability to retire by the time they are 65. Only 18 percent see it as the ability to own a home.

Those in the lowest income bracket of $25‚000 or less had the largest share of those respondents who answered that being debt-free was their top goal.

Of course‚ this is all about perception. There is no official certificate you receive for achieving any one of these milestones. But our perceptions and personal goals can say a lot about where we are headed as a nation.

The Great Recession affected so many of us. Priorities have shifted. The goal is no longer affluence (as 81 percent of young adults said was their success marker in a 2005 USA Today poll). Today‚ it is about achieving basic financial stability.

Many people have reached a point where filing for bankruptcy and having all those burdensome debts discharged is the best way to get there.

If you are contemplating a Chapter 7 bankruptcy filing in Woodland Hills‚ contact Cal West Law to schedule your free consultation. Call (818) 446-1334