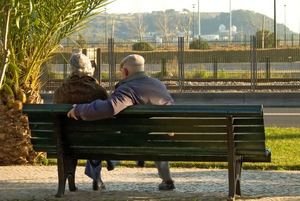 Imagine being retired for many years‚ carefully planning your purchases and everyday expenses on a neat budget that is figured in large part according to your monthly pension plan.

Now imagine your pension provider telling you that you’ve been given too much money. For years. And you need to pay it back. All of it. Now.

Our Woodland Hills bankruptcy lawyers understand that is what is reportedly happening to retirees across the country – and they aren’t being given much of a say in any of it. Many are finding themselves in a financially vulnerable position‚ and may even have to resort to some major action – possibly even bankruptcy – to resolve those debts.

In many cases‚ according to CNN Money‚ retirees are being forced to suddenly “repay” tens of thousands of dollars. Pension holders are forcing this on retirees by significantly reducing the amount of their monthly pension checks in order to cover the debt.

One example offered up in media reports was that of a 67-year-old retiree from New Jersey. She recently received a letter in the mail informing her that her pension plan had overpaid her by an estimated $45‚000 over the course of the previous five years. That was money it intended to recoup‚ so her benefits fell drastically. She went from receiving about $1‚250 monthly to just $325 monthly. That amounted to about half of what she should have been receiving all along.

That means that once her health care plan is paid for‚ she gets a check for $25. She also receives $1‚200 monthly from Social Security‚ but that doesn’t provide enough to get by. So she’s been forced to pick up extra work – one part-time job as a school crossing guard and another as a salesperson at a local department store. At the rate she’s going‚ her debt won’t be paid off in full until 2024.

But it’s not just in New Jersey. Recently hundreds of retired metal workers and their spouses received word that an IRS audit found that their pension plans had overpaid them by about $5 million. The fund is now demanding repayment from those retirees for decades’ worth of its own mistake.

In some cases‚ retirees are being asked to pay bulk sums up front. One widow was asked to make a lump sum payment of $55‚000‚ in addition to seeing her monthly benefit reduced from $400 down to $185.

In some cases‚ retirees have been able to file hardship waivers in order to have those penalties reduced. However‚ most appeals are flat-out denied.

What’s even worse than being forced to overpay‚ the retirees say‚ is that they are also being ordered to pay interest on those funds. So for example‚ on 63-year-old who has received a disability pension since the mid 1990s was told he owes more than $100‚000‚ as he was overpaid some $260 a paycheck. Nearly half the amount he now reportedly owes is in interest.

Some retiree advocacy groups are calling these demands “outrageous‚” and say they intend to lobby for enhanced federal regulations and a statute of limitations on collections‚ as well as a cap so that retirees aren’t forced to go broke to pay for someone else’s bad math.

Many of these individuals spent years saving for retirement. They counted on their pension plans and maybe a bit from Social Security. Most live modestly‚ and have next to nothing set aside for even a rainy day – let alone a monsoon like this.

Bankruptcy may be one option. There could be alternatives as well. We would encourage any of these individuals in the Woodland Hills area to call our office to learn more about how we may be able to help.