Many homeowners‚ underwater on their properties and faced with the possibility of a foreclosure‚ instead choose to negotiate a short sale to lessen the blow. 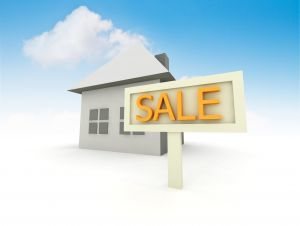 Our Woodland Hills foreclosure defense firm has assisted in many of these cases‚ and the idea is that while your credit will take a punch‚ it won’t be as bad as the beating you’ll get with a foreclosure.

The news from Washington is that the Federal Trade Commission and the Consumer Financial Protection Bureau have been asked to launch investigations into a glitch in the credit reporting system that counts short sales as foreclosures on credit scores.

The grave error‚ apparently‚ stems from the fact that the current credit reporting system doesn’t have a separate code to distinguish the two‚ even though there are glaring differences.

In the case of a short sale‚ what happens is the bank approves the sale of a house to a third-party at a price that is deemed mutually acceptable‚ but is less than what the original buyer owes. Then‚ the difference between the sale price and what the buyer owes is either partly or entirely forgiven. In these cases‚ the bank plays an active role in driving up the end price of the sale. In these cases‚ the bank is usually left with fewer maintenance costs and it takes less time to complete.

On the contrary‚ a foreclosure is when the buyer walks away (or lives rent-free until evicted) while the bank is fully responsible for determining what to do. There are usually extended periods of non-payment. There is also often damage to the home – sometimes major damage – and there is usually little cooperation between the buyer and the bank. The process usually takes upwards of two years or more from start to finish.

Both of these situations are going to be negative marks on your credit. However‚ because the losses to the bank are generally lesser with a short sale‚ this is seen as the more desirable action of the two.

Lenders all recognize the difference between these two actions. That’s why Fannie Mae‚ for example‚ won’t extend a mortgage to someone who has had a foreclosure within the last seven years‚ but they will usually lend to someone whose had a short sale as few as two years earlier‚ assuming they have otherwise good credit and a ready down payment.

But a lot of borrowers who initiated short sales are having a tough time getting new loans because the credit bureaus aren’t properly recording the events as short sales. Instead‚ they are being marked as foreclosures because there isn’t a separate code for short sales. It seems like such a small problem‚ but it’s having major consequences. Even when banks can look up a person’s history and see that the action was a short sale‚ and not a foreclosure‚ they are forced to turn it down amid stricter underwriting standards that rely heavily on those automated codes.

This has the effect of not only harming the individuals involved‚ but also the economy as a whole‚ as the housing industry may be taking longer to recover than it otherwise should due to the fact that perfectly eligible buyers are being turned down.

Requests have been sent to federal regulators by Senators in Florida to launch an investigation into the coding problem within the next three months.

If you are facing a foreclosure in Woodland Hills‚ contact Cal West Law to schedule your free consultation. Call (818) 446-1334