College graduates in the Class of 2013 are exiting their higher education burdened with more debt than any other generation before them. 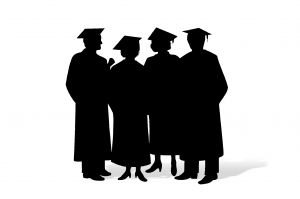 Our Woodland Hills bankruptcy lawyers understand that researchers at Fidelity learned that the average new grad has somewhere between $30‚000 and $35‚000 in student loan debt. Twenty years ago‚ the average college student was accruing about half that amount.

The biggest reason are private and federal loans‚ but leftover credit card debt caused a major money hangover as well. Cards are typically used by college students to cover the basic living expenses they can’t afford because they are spending the majority of the time hitting the books. Even those who work part-time on the side don’t make nearly enough to dent their debt before they earn their diploma.

The average student has about $3‚00 in credit card debt‚ though many reports having accrued much more.

What’s especially troubling about all this is that the Fidelity survey found that many new graduates are surprised by the level of their debt‚ even given the pervasive news coverage of the rising college costs and the fact they are receiving regular statements throughout their education‚ notifying them of how it’s all adding up. In fact‚ nearly 40 percent said had they realized the extent of their debt earlier‚ they would have acted differently‚ such as saving earlier on or looking for ways to spend less or save more while enrolled.

And the news gets worse‚ as college interest rates are set to double to 6.8 percent as of July 1. That means that about 7 million students who are taking out loans this year are going to be in even worse shape when they begin making payments.

The vast student loan debt bubble has the makings of a housing bubble-type implosion‚ and we sincerely hope Congress can step up and act to keep costs more affordable.

Unfortunately‚ it’s tough to win a bankruptcy discharge for student loans‚ particularly for someone fresh out of school. There are forbearance allowances that may buy you some time‚ but actually shedding that debt altogether through the courts is difficult.

What a bankruptcy CAN do for new graduates is allow you to rid yourself of all the other excess debts that you have racked up over the last four years that has you in deep over your head. Those would be any credit card debts‚ medical bills and personal loans. These may not be your biggest debts‚ but getting rid of them collectively will allow you the kind of breathing room you need to begin tackling student loan debt‚ so that you won’t be shackled through the next decade and beyond.

Our bankruptcy lawyers want to see you succeed in reaching a place of financial stability and well-being. Sometimes that means making painful choices now to realize greater rewards down the road.