There are many root causes for what leads people to bankruptcy. 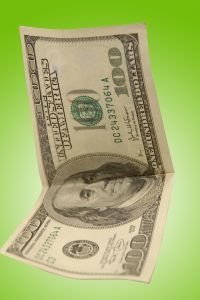 However‚ one of the greatest preventative measures that our Woodland Hills bankruptcy attorneys have identified is the existence of an emergency fund. Having this financial cushion can help individuals absorb the blow of an unexpected cash emergency‚ such as a medical crisis or job loss.

The problem is that very few people have the ability to set this money aside.

A new survey from Princeton Survey Research Associations International found that more than one quarter of Americans have no emergency savings whatsoever. Those who do manage to put money away often don’t have more than a few months’ worth of cushion.

Only about half of Americans could cover three months’ worth of expenses if disaster hit. After that‚ they would begin falling behind on regular bills and likely need to cut back on even the bare necessities.

And yet‚ this is a scenario that strikes more people than you would think. Consider the scenario of a work-related injury. The Social Security Disability Administration estimates that one out of every five workers will become disabled at some point during their career. Without a benefit plan that includes long-term disability benefits (which many do not)‚ an individual may have to wait more than a year – without a job – for federal government benefits. That is assuming that you are even approved after a rigorous application process‚ which could be followed by months of appeals if you are denied. Throughout that time‚ you can’t work. Without some funds socked away‚ people either rack up insane amounts of credit card debt during this time period or they begin to default on outstanding loans‚ including their mortgage payments.

But let’s say that these individuals have managed to save up a few bucks. A recent report by the Consumer Federation of America found that passbook or statement savings accounts – which is where most lower and middle-class consumers save for unexpected expenses – routinely hit borrowers with extra fees. Often‚ these fees end up wiping out any amount of negligible interest that these borrowers earn on their savings. In the end‚ some consumers end up with less money than they had when they started.

In addition‚ a lot of banks also take the action of penalizing consumers who make “excessive” withdrawals. Some banks consider that to be as few as three per month. Those fees can range from as little as 50 cents to as large as $15 per withdrawal.

The biggest impediment to savings‚ however‚ appears to be a stagnation of wages. People have gotten rid of a lot of debt since the recession‚ but they still don’t have much cash left over to save. The interest rates don’t offer consumers much of an incentive to squirrel their money away‚ but many just don’t have it anyway.

For those who are now suffering financially as a result‚ there is help available.