A new investigative report from CNN reveals that a number of state workers – including police‚ teachers and firefighters – can expect to retire with less than ever. They are going to have smaller pensions‚ fewer retirement benefits and probably less general savings overall. 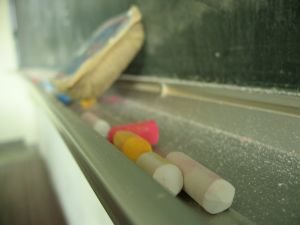 Our Los Angeles bankruptcy lawyers would encourage these workers to consider a bankruptcy before reaching that stage in their lives. Wiping out any existing debt before going on a fixed income can be a smart financial move.

The CNN report indicates that since 2009‚ a total of 45 states – including California – have slashed pension benefits‚ increased mandated employee retirement plans or both.

A number of those changes impact people who have already retired or current workers‚ and in some cases‚ it’s affecting only those who have been newly hired.

Either way‚ we’re talking about a growing number of hardworking‚ middle class people who aren’t going to be able to sock away the kind of savings they could before.

In California‚ for example‚ a state highway patrol officer brought on to the force prior to the fall of 2010 could retire at age 50‚ with 30 years on the job‚ with 90 percent of her salary. For a trooper who was earning about $100‚000 a year‚ that would mean the ability to live on approximately $90‚000 a year. But new hires are only going to be able to bring in 60 percent of their previous salary through pensions.

In states like New York‚ a public employee who was hired after the spring of last year would retire with about 11 percent fewer benefits than someone hired two years ago.

The problem in many areas is that governments expanded pensions and other retirement benefits when tax revenues were healthy‚ but they didn’t actually set aside enough money to fund them long-term. Many states and municipalities are paying for that now.

The concerns for employees‚ though‚ are heightened considering the potential cuts to programs like Social Security‚ Medicaid and Social Security Disability Insurance.

Of course‚ this could hurt the overall quality of government services‚ as the best and brightest may be more likely to seek employment with private companies that are more willing to extend such offers.

As for those who file for bankruptcy while already in retirement‚ we’ve actually seen an uptick of that in recent years. Those over the age of 65 are the fastest-growing segment of people seeking bankruptcy protection. It’s really not hard to understand why: Rising medical costs‚ increased taxes‚ ballooning expenses for basic goods‚ combined with a significantly reduced income and paltry Social Security benefits. A lot of people try to cope with this by depending more heavily on credit card deb‚ but they learn quickly that this can land them in a world of trouble.

Our bankruptcy lawyers have found that in a lot of situations‚ getting out in front of the debt problems before retirement can mean an improved quality of life and less worries as you head into your golden years.

If you are facing foreclosure in Los Angeles‚ contact Cal West Law to schedule your free consultation. Call (818) 446-1334.