A new report by the Federal Trade Commission reveals that at least 5 percent of consumers have a serious error on one of their credit reports from the three main reporting agencies. 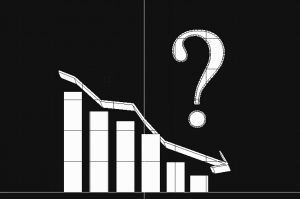 A recent 60 Minutes report reveals that figure could likely be much higher‚ affecting some 40 million Americans.

Our Woodland Hills Chapter 7 bankruptcy attorneys know that these sorts of mistakes can potentially lead to big financial problems‚ including higher ates for insurance and loans.

At a time when many of us are already cash-strapped‚ this is an added expense that is often ill-afforded – particularly if you’re already working hard to bolster or rebuild your credit score.

One man recently chronicled his credit bureau woes to ABC News‚ saying that the agencies’ mix-ups have resulted in him being rejected for apartment rentals and being penalized for failure to pay astronomical phone bills from Puerto Rico – a place where he’s never been and knows no one.

The FTC’s research‚ the first major government study of its kind‚ revealed about 3‚000 credit reports of some 1‚000 participants in an effort to identify potential errors. They found an error rate of about 5 percent.

Previous studies conducted by private research firms have actually found that rate to be much higher. The Consumer Data Industry Association reportedly found that nearly 20 percent of consumer credit reports had some amount of inaccurate information‚ with about half of those attributed to simple errors like a misspelled name or a misidentified employer. But even simple mistakes like that can lead to enormous headaches for those involved.

And that still means about 1 in 10 have a serious‚ fundamental error. In some cases‚ it’s as big as having a bankruptcy on your report that you never actually had. It’s one thing to incur a hit to your credit while simultaneously reaping the benefit of having all your debts discharged. But to take the hit and still have to pay on all those debts? For many people‚ it’s enough to push them over the financial edge.

Perhaps the bigger problem though‚ as 60 minutes found‚ is that even when consumers identify these problems‚ they can be incredibly difficult to have corrected. An investigation by the Ohio Attorney General’s Office revealed that while 8 million people file a dispute with one of the three major credit bureaus each year‚ most get the run-around. They website refers them to an overseas call center which refers callers back to the website. In some cases‚ the process took years – even for a simple identity mix-up.

What’s worse‚ the process is often shrouded in secrecy. People have reported going months or years being denied credit or turned down for loans – without ever being able to get a straight answer about why.

In some cases‚ the negligence on the part of the bureaus is so egregious that people have been successful in winning civil lawsuits against them. But these agencies would rather pay a few thousand dollars or more to those who take it that far than actually alter their policies to make sure it doesn’t happen again.

The FTC investigation‚ we hope‚ is the start of some increasing oversight for these firms‚ but it remains to be seen.