We all know that if you get behind on your bills‚ you’re likely to be subjected to some measure of debt collector harassment‚ with some making pretty awful threats (even though this is usually illegal). 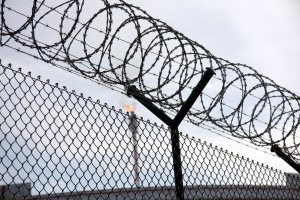 But can they actually put you in jail for not paying up?

Our Woodland Hills bankruptcy lawyers know the answer is “sometimes‚” though it depends on who the collector is and how deep their pockets are.

This is an incredibly troubling prospect‚ given that America supposedly did away with “debtor’s prisons” back in the 18th Century‚ recognizing that it was unconstitutional and‚ frankly‚ counterproductive. The reasons being that first‚ it subjects poor people to a greater likelihood of incarceration and secondly‚ someone who is jailed can’t do much of anything to pay off that debt.

Even the U.S. Supreme Court recognized this in 1983‚ with the decision that a released prisoner on probation couldn’t be tossed back behind bars simply because he wasn’t able to pay his debts or fines.

Yet‚ the process of imprisoning people for being unable to pay their debts has actually experienced a bit of a revival in the wake of the economic crisis‚ according to a new report released by the America Civil Liberties Union.

How is this even possible?

It starts when private companies file civil lawsuits against debtors to pay up. However‚ they will sometimes send the notices to old addresses or fail to serve proper notice of court dates. Then when people don’t show up for court‚ the court issues a warrant for his or her arrest. Bail is usually set higher than the amount the individual couldn’t afford to pay in the first place.

On top of that‚ they are facing down court fees and attorney costs. It’s incredibly unfair‚ as the ACLU laid out in its report‚ entitled‚ “In for a Penny: The Rise of America’s New Debtor Prisons.”

Not to mention the fact that municipal governments are starved for funding‚ which has increased the number of speeding tickets and other expenses lobbed at citizens. While those who are wealthy will simply pay it off‚ those who can’t lose their license and then end up being arrested for driving without one – meaning fines end up sometimes costing five times as much as the original ticket cost. What we’re basically looking at here is a two-tiered system of justice with an inherent unfairness to those who don’t have ample reserves of money.

Traffic tickets‚ like most fines owed to the government‚ aren’t dischargeable in a Chapter 7 bankruptcy‚ per Section 523(a)(7). However‚ discharging other debts could make these expenses more affordable.

Alternatively‚ you could also file for a Chapter 13 and possibly have those fines lumped into the repayment plan to be paid off over a longer period of time.

If you find yourself drowning in debt – or worse‚ imprisoned by it – call us today to learn more about how bankruptcy can set you free.

If you are facing foreclosure in Woodland Hills‚ contact Nader‚ Naraghi & Woodcock to schedule your free consultation. Call (818) 446-1334.