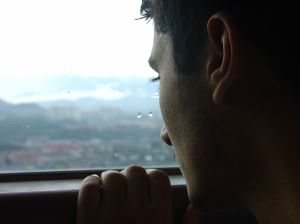 Our Woodland Hills foreclosure defense attorneys had been at least somewhat hopeful that these settlements would provide some modicum of relief to wronged borrowers‚ even if the amount banks were ordered to pay wasn’t nearly equal to the damage they had done.

But now‚ as a recent report from The New York Times has revealed‚ we should not expect much from the $8.5 billion settlement. Nor has much been accomplished with the earlier‚ larger settlement – the goal of which had been to prevent unnecessary foreclosure and provide relief to those who had been wrongly forced from their homes.

In fact‚ banks have been working that deal to their advantage‚ primarily through second mortgage forgiveness. Millions of homeowners took out second mortgages during the housing bubble‚ and about 25 percent of all mortgage debt currently reported is from second mortgages. Some of those were for home improvements‚ but others were subprime mortgages to help finance the home.

What’s happening now is that banks are forgiving second mortgages left and right. They get credit toward that $25 billion settlement when they do this. Homeowners‚ however‚ don’t get much of anything‚ as it’s the first mortgage that really matters when it comes to hanging onto your home. And when it comes to first mortgages‚ banks haven’t been nearly so generous.

When the home is eventually foreclosed upon‚ that property will go to auction and the financial institution will be able to recoup at least some of its losses. The second mortgage‚, however‚ wouldn’t have been repaid anyway. So they actually aren’t losing anything by forgiving second mortgages‚ and what’s more‚ they are benefiting in the form of monetary credit towards fulfilling the settlement obligations.

So sure‚ banks are “modifying” the mortgages‚ but not in any meaningful way that actually benefits the homeowner – which was the whole point of the original deal in the first place.

What’s more‚ a loophole in the settlement has made it beneficial for banks to push homeowners into a short sale. Some people are fine to walk away from the loan‚ but bear in mind that short sales can be just as detrimental to your credit as a foreclosure.

For people who are trying to remain in their homes‚ we want to help you avoid getting roped into accepting a raw deal.