Most people have the best of intentions when it comes to managing debt. They want a good credit score. They don’t want to do battle every bill cycle to avoid falling behind. 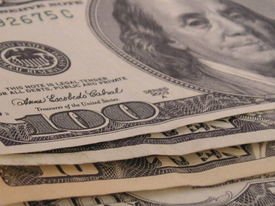 Unfortunately‚ our Woodland Hills bankruptcy attorneys see too many smart people exacerbate their money woes because of common myths regarding how debt management is best achieved. Even in trying to do the right thing‚ they sometimes end up digging a deeper hole.

Here‚ we wanted to take the opportunity to discuss some of the more common debt myths‚ starting with the assumption that paying old debts is going to boost your score.

It would seem logical that playing catch-up will be rewarded with a positive result. The truth is‚ if your debt is older than seven years‚ it’s not on your credit report anyway. That means repaying it isn’t going to impact your score one way or the other. There are scenarios in which it could even hurt your score.

For example‚ if the debt was incurred sometime within that seven-year window and for some reason isn’t on your credit report‚ you risk a score reduction. That’s because the collections agency will report your payment‚ which alerts the credit bureaus of the debt. This is true even if you pay it in full. This is why it pays to check your credit report before you pay anything.

The reality is that no matter how much the debt is worth or how many times it’s been sold or who owns it‚ it will be off your credit history in seven years.

There is another reason you want to be careful in paying an old debt. There are state laws that limit the amount of time a debtor has to sue you for old debts. A successful judgment for the plaintiff could result in your paycheck being garnished to cover the debt. In California‚ creditors have four years to file suit for nonpayment. The clock starts ticking 180 days after your last payment.

However‚ it might inadvertently re-start the clock on that limit – even if it’s expired – by making a partial payment‚ accepting a payment plan or acknowledging the debt‚ either in writing or verbally. And don’t expect the creditor to tell you that the statute of limitations has already expired!

The other thing you can’t assume is that the creditor won’t sue you just because the statute of limitations has passed. While you aren’t obligated to pay the debt‚ the creditor is probably banking on the fact that you won’t show up in court to contest the claim. In those cases‚ it’s possible for a judgment to be awarded against you. This is why it’s critical to have an attorney represent you in court anytime a creditor sues you. The majority of these cases are won by the creditor not because they have a valid argument but because no one contested it.

Keep in mind too that making a small or partial payment isn’t going to stop a lawsuit or debt collection attempt. That’s why if you make any arrangement with a collection agency‚ it should be in writing.

And speaking of agreements in writing‚ another debt myth pertains to divorcees. It’s common for divorce courts to parcel out debt payments. So for example you pay the mortgage‚ he pays the credit card‚ etc. But that divorce decree doesn’t mean much at all to your creditors. If a debt is in both of your names‚ you are both under legal obligation to pay.

In these situations‚ we often will recommend paying it all off before the divorce is finalized or contacting the creditors and having those debts transferred into one person’s name or another‚ per the divorce agreement.

Having a clear understanding of what your obligations are – and are not – will help you make better decisions about your financial future.