Your child may be asking for a gift or an allowance or maybe even a loan‚ depending on his or her age.

But a recent study found that what children really want from their parents when it comes to finances is guidance.

Our Woodland Hills bankruptcy lawyers understand that parents tend to overestimate the time they spend helping their children understand how to manage money. Often‚ children are watching by example and they are being taught spending habits that could hurt them later in life.

While even perfect spending and saving habits won’t entirely shield you from unexpected financial setbacks‚ they can serve as a significant buffer. This may result in your having more options if you are struck by crisis.

Here is what they found:

While nearly 75 percent of parents said they have regular conversations with their children about money‚ only about 59 percent of children agreed with them.

But perhaps more troubling was the kinds of conversations that were taking place. While 62 percent of parents said they had talked to their child about back-to-school shopping‚ 57 percent about holiday shopping and 51 percent about family vacation planning‚ fewer than 40 percent said they were having discussions with their children regarding long-term family savings goals. 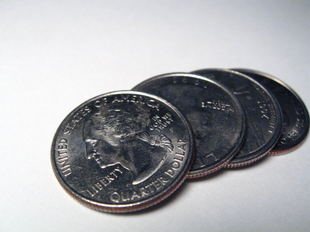 Additionally‚ more than one-third of parents are actively avoiding money conversations with their children – and the kids aren’t oblivious. Just as many of the kids said they were aware their parents avoided money talks.

This is unfortunate because the survey found that children do want to talk to their parents about a wide range of options. More than a third said they would like some insight on how banks and credit cards operate. Nearly 30 percent said they want advice on how to manage their money. Nearly as many said they want guidance on how to set and achieve savings goals.

Perhaps part of the issue is parents are still figuring it out themselves. The survey revealed that only about half of all parents are regularly saving for retirement. Meanwhile‚ half are saving for a family vacation and about 40 percent are saving year-round for holiday shopping.

About one-third of parents say they carry a monthly credit card balance‚ without the ability to pay it off in full each month.

Still‚ it’s interesting that parents aren’t taking more of an initiative‚ given that more than half believe strongly that financial knowledge plays an important role in a child’s future financial success.

Taking this initiative to teach them today could make a world of difference down the road.

Additional Resources:
Parents Are Turning Their Kids Into Spenders‚ July 15‚ 2013‚ By Brian O’connell‚ The Street