New research reveals there is a major disconnect between the kinds of disasters for which people believe they are covered under their home insurance – and those for which they actually are covered. 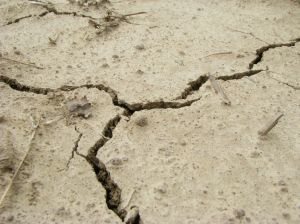 Woodland Hills bankruptcy attorneys know that home insurance is so critical that if you don’t outright own your home‚ the bank will actually sign you up for a plan of their choosing should your coverage lapse.

But many people don’t fully understand what it means to have homeowner’s insurance. They simply think it’s a one-size-fits-all deal. This could not be further from the truth‚ and the fact is‚ there is probably a lot for which you’re not covered.

In these cases‚ bankruptcy is often one way to write off your losses. If you’re home is completely destroyed by a disaster and your insurance only covers part of it‚ you are stuck with the rest of the bills. Sometimes‚ the only way out is to seek the advice of a bankruptcy lawyer.

One example recently profiled in U.S. News & World Report was a New Jersey couple who purchased their dream home – only to have it partially destroyed in a fire.

Eventually‚ they did negotiate a higher settlement‚ but it still didn’t cover all the repair costs.

According to the recently-released MetLife Auto & Home Insurance Literacy Survey‚ a third of homeowners did not know how much of their home was actually insured. This inevitably led to costly surprises down the road.

The most common mistakes people made in figuring what their policy covered included:

Assuming the insurance policy might reimburse you for damage caused by an earthquake. This is particularly important here in California. As the San Andreas Fault Line runs beneath the surface of our state‚ and geologists have estimated there are about 300 smaller fault lines that stem from this one. In fact‚ California has a 99.7 percent chance of a magnitude 6.7 percent earthquake or higher in the next 30 years. And yet‚ earthquake insurance is probably not something that comes with your home insurance plan‚ unless you pay extra for it. Still‚ 30 percent of people erroneously believed it was already included.

Sum pump issues‚ similarly‚ are probably not included in your plan. So if yours backs up and floods your home‚ you are most likely going to have to pay for those repairs yourself.

If you live in an older home‚ you’ll want to pay particular attention to this: Costs to upgrade your residence to meet new building codes‚ home insurers typically don’t pay for that‚ even if those upgrades are required by law. You do have the option of purchasing “ordinance or law” coverage‚ but most people don’t. And yet‚ two-thirds of survey respondents believed their home would be covered under this scenario.

If you are thinking about filing for bankruptcy‚ contact Cal West Law to schedule your free consultation. Call (818) 446-1334 .