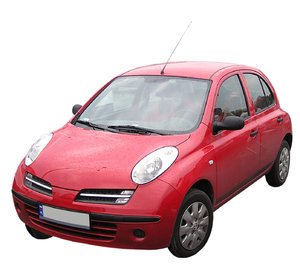 A Woodland Hills Chapter 7 bankruptcy can completely alter the course of your life – for the better – if you’re buried in debt.

However‚ the importance of hiring an experienced bankruptcy lawyer can’t be stressed enough. The reason is that failure to do so can result not only in unfavorable circumstances for you – it could potentially mean losses for your loved ones as well.

That’s what happened in Wallace v. Pinnacle Bank‚ a bankruptcy case out of Wyoming‚ with implications of what can happen to anyone if you’re not careful.

Here’s what we know of this case‚ according to court documents:

Earl and Nawana Wallace wanted to help their son and his wife with a new car. It appears the younger couple was struggling financially‚ and the elder Wallaces felt this would be a good way to help out.

So in late August 2009‚ the elder Wallaces visited a car dealership in Riverton‚ Wyoming. There‚ they purchased a new Nissan for $15‚800. They paid for it by check‚ which was backed by a loan they had secured from Pinnacle bank.

The very next day after the loan was signed‚ the younger Wallaces filed for a Chapter 7 bankruptcy. In that filing‚ the younger couple listed that new car as part of the personal property they owned.

As part of the bankruptcy‚ the trustee in the case sent a notice that they intended to sell the vehicle for the benefit of the estate. The younger Wallaces had 20 days to object to that sale‚ which they did at first‚ but later withdrew. The bank was also notified‚ as the trustee demanded that the bank release its lien on the vehicle‚ considering it a preferential transfer. The bank complied.

Meanwhile‚ the elder Wallaces continued to make payments on the vehicle until July of 2010. It was at that time that the vehicle was sold. At the time‚ they had about $14‚000 remaining on the loan.

Pinnacle then demanded that the elder Wallaces continue to make payments on that loan. The elder Wallaces stated they shouldn’t have to – the vehicle had already been sold to benefit their son’s estate with regard to the bankruptcy.

However‚ both the district court and the appeals court sided with the bank.

Although the elder Wallaces were left in a financial lurch‚ it was not wise to have property placed in their son’s name just days before he filed a Chapter 7 bankruptcy. They likely assumed that because they were the ones on the loan documents‚ the car couldn’t be touched or that if the car was seized‚ they couldn’t be forced to pay for it.

Always consult with an experienced Woodland Hills bankruptcy attorney who can help you avoid such pitfalls.

If you are considering filing for bankruptcy‚ contact Woodland Hills bankruptcy attorneys at Cal West Law‚ APLC to schedule your free consultation. Call (818) 446-1334.