When filing for bankruptcy in Woodland Hills‚ there are so many laws and regulations controlling what must be provided‚ what is considered an asset‚ and what is exempt from a bankruptcy proceeding.

Our Woodland Hills bankruptcy attorneys understand this complex area of law and we can help you make informed decisions in your bankruptcy case. 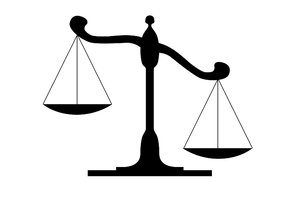 Bryan v. Stanton is a Missouri case that illustrates the complex issues surrounding exemptions in a chapter 7 bankruptcy. This case arose because of the bankruptcy filing of the Bryan’s (“Debtor’s”). Upon this filing of a chapter 7 bankruptcy‚ debtors listed an annuity as exempt assets. Plaintiff purchased this non-qualified deferred variable annuity (“Annuity”) in 1993 when she contributed $30‚000. The bankruptcy trustee disagreed with this exemption and filed this cause of action.

The main issue then became whether an annuity can be listed as exempt in a bankruptcy proceeding.

Annuities are usually governed by state law. Basically, it is a contract for the guaranteed distribution of income over time until the specific terms of the contract dictate. The insured party makes payments into a company and the money pooled there‚ will be distributed incrementally at a later time.

The burden of proof is important in a bankruptcy case. When a trustee disagrees with a claimed exemption‚ they have the burden of producing evidence to support their objection. Once this is provided‚ the burden shifts to the debtor to show that the claim of exemption is proper.

Because Missouri opted out of the federal exemption scheme‚ the debtor used three state statutes to support the contention that the annuity was exempt. This court held that because all three of the statutes debtors relied on in their argument applied an exemption to insurance‚ they were inapplicable to the case. An annuity is not considered insurance under the applicable state statute‚ thus the exemption could not be applied.

For all of the foregoing reasons‚ it would be inequitable for the court to hold that this annuity should be protected as a life insurance policy in the pending bankruptcy.

If you are considering filing for bankruptcy‚ contact California bankruptcy attorneys at Cal West Law to schedule your free consultation. Call (818) 446-1334