A recent survey indicates that many underemployed college graduates are suffering from a sort of buyer’s remorse with regard to the major they chose in college. 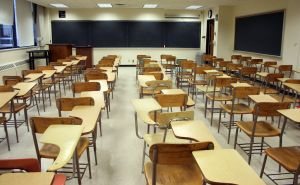 Our Chapter 7 bankruptcy attorneys know there is no way they could have anticipated the Great Recession when they opted into their English and liberal arts majors.

What many of them may not be considering is that bankruptcy‚ while it won’t erase student loan debt‚ can free you from credit card and medical debts that you may have accrued during your college career.

Many people are loathed to file for a Chapter 7 bankruptcy in their 20s because they believe it will inhibit them from establishing a solid financial future. But the truth of the matter is that someone in their 20s is going to have an easier time bouncing back after bankruptcy than someone who is older. You have more time to rebuild your credit history before retirement‚ and there is nothing to stop you from getting a loan for a car or a home after the bankruptcy is discharged. What’s more‚ you will have learned valuable financial lessons that will allow you to save and spend smartly in the coming decades.

A recent survey by researchers at Rutgers University indicated that more than one-third of recent graduates said that if they had it to do over again‚ they would have chosen a career that was more likely to lead to a specific job‚ such as teaching or nursing.

Not many regretted going to college in the first place‚ despite the ongoing debate about whether a four-year degree is still a valued investment given the huge burden of student loan debt they are likely to have incurred.

Three-fourths of recent graduates reported that they’d held at least one-time full job since graduation‚ however the research didn’t indicate whether they had been able to maintain that job.

Very few considered their current job an actual career‚ with nearly half saying it was a job they had taken simply to get by.

The problem for a lot of recent graduates is that “getting by” often means relying on credit cards to maintain a lifestyle – or even just to pay the bills. That can lead to huge debt‚ on top of what you already owe for your education. Bad car loans and upside-down mortgages can quickly compound the problem. Spending half your career climbing out of debt is not the answer.

Getting by can also mean paying only the minimum payments on the debts you owe. This is only likely to prolong the inevitable.

More than half said they’ve sought help from their parents‚ either in the form of moving back home or getting assistance with their car payments‚ health care and food.

But that can only last so long.

Parents of college graduates are today shouldering more of a financial burden than ever before. They‚ too‚ are feeling the squeeze of a struggling economy.

If the idea of bankruptcy scares you‚ consider the constraints you may be putting on your parents‚ as well as the idea that if you don’t get a handle on your debt now‚ there’s a strong possibility that you’ll still be grappling with it in your 30s – and beyond.