State lawmakers have passed the most sweeping measure to date to protect those who are struggling to avoid foreclosure and stay in their homes. 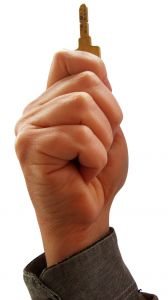 This is excellent news‚ but Woodland Hills foreclosure defense lawyers want to caution underwater homeowners that it doesn’t mean it’s wise to try to negotiate with the banks on your own.

The fact is‚ new foreclosures were up 10 percent the first half of this year‚ with an especially sharp increase during the second quarter‚ according to RealtyTrac.

The online marketer of foreclosed properties reported that nationwide‚ there were more than a million new foreclosure filings‚ which include bank repossessions‚ auction notices and notices of default. When the firm compared second quarter filings to those of 2011‚ there was a 6 percent hike‚ rerouting what had appeared at first to be a dip in filings in 2010 and 2011.

A major part of this climb has to do with the $26 billion foreclosure abuse settlement that the five major banks reached in the spring with attorneys general from 49 states‚ including California. The robo-signing scandal‚ in which it was revealed that banks were foreclosing on properties for which they had no actual proof of ownership‚ caused a huge number of filings to come to an abrupt halt. With the settlement agreement‚ banks were told how to properly move forward with foreclosures on delinquent properties.

In California alone‚ new foreclosure filings jumped an astonishing 18 percent in June of this year‚ compared to June of last year. That actually makes it the highest in the country in RealtyTrac’s seven-year history.

So now we factor in the state’s new foreclosure law.

The first thing to mention about it is that it is quite complex. There are many aspects that bolster your rights as a homeowner‚ but if you try to negotiate without your own legal counsel‚ you may miss out. Perhaps the most encouraging move was an end to a process called dual-tracking. This is when a bank moves to foreclose on your property‚ even when you’re in the process of loan modification. Not anymore.

The other major thing it does is allow those homeowners who were pushed out of their homes in the robo-signing scandal to file suit against major banks. This is a huge step‚ but again‚ you don’t want to go up against a large financial institution without legal muscle of your own.

If you’re not convinced‚ just look at the reaction of these banks to the new state law‚ which is designed to increase your protection:They argue that it imposes undue burdens on lenders and that rather than prevent foreclosures‚ it will only serve to delay the recovery of our flailing housing market.

But when you understand that they are arguing against a measure designed to keep people in their homes‚ it gives you a taste of the fact that these companies are not working in your best interest. If they were‚ most likely‚ you wouldn’t be underwater on your home in the first place.