Woodland Hills foreclosure defense lawyers have great news: SB 900‚ also known as the California Homeowner Bill of Rights‚ is advancing through the legislature at a steady clip. 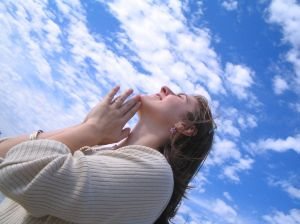 Those potentially requiring a Woodland Hills foreclosure defense need to know that this bill would basically lock into law many of the terms that were spelled out in the national foreclosure settlement lawsuit that was reached with the five largest banks and attorneys general from 49 states‚ including California.

According to the Woodland Hills Times‚ this is essentially a package of bills where the main focus is aiding borrowers who are lagging behind on their mortgage payments by helping them to avoid a foreclosure.

This is crucial when you consider that our state was hit hard by the foreclosure crisis. In fact‚ when we look at the 100 ZIP codes in the country with the highest foreclosure rate‚ nearly 40 of them were here.

Attorney General Kamala D. Harris was quoted as saying that the measure would ensure that underwater borrowers in California who want to stay in their homes will have access to a process that will allow them to do just that.

A legislative conference committee‚ set to meet in the coming weeks‚ will likely give the bill a green light. Following that‚ it will be sent to the floors of both the state Senate and the Assembly for final debates and then final votes.

The conference committee passage is expected to be cinched‚ now that Democratic Sen. Ron Calderon‚ has issued his support for the bill. Calderon was quoted as saying that the heartbreak of foreclosure is one that we should seek to avoid at all costs.

The bill holds a number of key items that have reportedly riled mortgage servicers‚ bankers and real estate industry insiders. One of those involves requiring mortgage services to give their borrowers one point of contact‚ rather than bouncing them from person to person.

Another provision would limit the banks’ authority to initiate a foreclosure process if the homeowners have filed the proper documentation to secure a loan modification. In other words‚ if they’re trying to work with the bank to get their payments lowered to a more manageable amount‚ the banks need to try to work with them on it.

And yet another provision involves giving homeowners the option to file a lawsuit against their mortgage servicer if they believe they were unjustly foreclosed upon.

A spokesman for the state’s Mortgage Bankers Association said members were disappointed‚ and felt that politicians were rushing to a vote in an effort to sidestep public feedback of the bill.

All of these provisions are consumer-minded‚ rather than bank-minded‚ so it’s not a shock that the banks and servicers are upset. But the truth of the matter is‚ these financial giants have been taking advantage of borrowers and homeowners for years. This is a chance to simply even the playing field.