As a recent U.S. News & World Report article points out‚ working-age women in particular should be especially concerned and proactive about securing their finances as the economy worsens. Because women are likely to live longer than their male counterparts‚ yet make less money over a lifetime‚ they should take extra precautions when dealing with money.

As for the employment situation in America‚ times are tough and they’re not getting much better. The U.S. Bureau of Labor Statistics reports California’s unemployment was 12.1 percent in August‚ which is among the highest in the nation. The Woodland Hills metro area is at 12.7 percent. 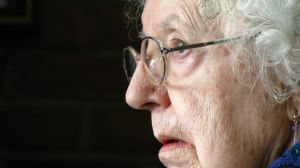 But there’s more to consider in addition to the possibility of workers losing their job. The article considers that after divorce or death‚ a spouse could be left with hefty bills that may have been paid partially by the other spouse. This could leave them saddled with debt at a time when they are mourning and struggling with day to day life.

One option to consider when trying to wipe the slate figuratively clean is bankruptcy in Woodland Hills. When left with house payments‚ a car payment‚ credit card debt‚ medical bills and other obligations‚ it can be overwhelming.

A Woodland Hills bankruptcy lawyer can aid you by guiding you through the bankruptcy process‚ ensuring that as many debts as possible go away forever‚ tax implications are considered and your financial well-being improves once the process has completed.

With such a big change in one’s life‚ it is important to start over rather than deal with problems of the past. Debt problems can plague a person or family for years and cause stress and turmoil when you least need it.

And in the case of a woman who is older and has financial challenges‚ or loses her job‚ bankruptcy can be a good fit.

As the article states‚ women over 65 are three times as likely as men to survive their spouse and‚ on average‚ they will make less than their male counterparts in the work force‚ so there are some challenges ahead.

That’s why the author suggests that women manage their own money. After-marriage costs such as nursing homes or assisted-living facilities can be expensive‚ and Social Security and pensions are shrinking.

Here are some tips for women to control their finances in a difficult economic climate:

Pension and 401(k) plans‚ plus Social Security and savings are going to be necessary to survive later in life Savings is the key‚ as the former options aren’t going to be as helpful as in the past.

This means mid-20s. For those who have little saved up before now‚ it could be a rocky road ahead. Saving 10 percent of a $50‚000 annual salary could result in millions by retirement age.

In typical marriages‚ one spouse handles financial issues‚ while others do little. Because of the possibility that a woman may have to handle money on her own one day‚ she should do it now.

Even those women who stay home and don’t work can put away $4‚000 per year away toward savings.

OVERESTIMATE HOW MUCH YOU’LL NEED TO RETIRE

Because of longer lives and inflation‚ it’s going to take more money for people to retire in the future. So‚ save up extra if you want to maintain a certain lifestyle.

MANAGE YOUR OWN MONEY

Couples who split financial duties — with one handling long-term investment opportunities and the other doing day-to-day bills — end up better in the long run than those who have one spouse do it all.

Cal West Law‚ APLC will provide a free consultation to help guide you in making a decision that works for you. In Encino‚ Glendale‚ and Woodland Hills‚ just call (818) 446-1334.

Why Women Should Manage Their Own Money‚ by Kimberly Palmer‚ U.S. News & World Report