American Express recently announced it would be unveiling a new prepaid debit card‚ CNN reports‚ which may be a good alternative to credit cards‚ but consumers should still beware of hidden charges that predatory credit card companies use to slam consumers.

Woodland Hills Bankruptcy Lawyers have seen many clients who get slammed with ridiculous interest rates from credit card companies and just are unable to recover. That’s when Chapter 7 bankruptcy in Woodland Hills‚ perhaps‚ would be an appealing alternative to being saddled with debt. Our firm works with all kinds of people who are struggling with their finances to give them sound advice on how best to protect their financial future. 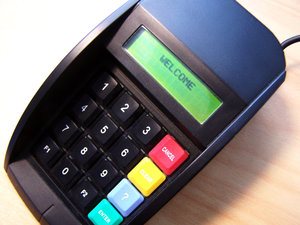 That prepaid cards allow consumers to load a card with money; the cards aren’t attached to a bank account‚ so anyone can use them. In 2010‚ there were $65 billion worth of prepaid card transactions‚ which was up 35 percent from $48 billion in 2009‚ CNN reports.

But the story also reports that American Express users will have to pay $2 for using the card at an ATM after an initial free transaction each month. Other prepaid cards charge fees when customers activate their cards‚ load them with money or call customer service. These hidden fees can send customers hoping to recover from debt spiraling back downward.

Also‚ prepaid cards aren’t covered by the CARD Act‚ which Congress passed to limit credit card fees. They also aren’t regulated by the Durbin Amendment‚ which will limit the fees banks can charge retailers when customers swipe their debit cards.

A recent report by USA Today says that more credit card debt would be good for the economy‚ as 70 percent of the economy is tied to consumer spending. Recent reports show that consumers are using their credit cards a little more lately‚ but they’re mostly keeping to the budgets that helped so many families weather the recession.

Scams such as credit counseling and debt counseling promise to help people who want to make a change‚ but many of these companies do little to help. Much like foreclosure rescue scams‚ they make great promises but only take a person’s money. With little leverage with creditors‚ they may not be able to really help a consumer.

If you see yourself stuck with thousands in unpaid debt after unexpected medical bills or a job loss‚ set up a free consultation immediately. We can help you determine the best course of action for your financial future. Filing for bankruptcy will immediately stop creditors from calling and can allow you to eliminate your debt.

If you need to speak with a debt management attorney in Woodland Hills‚ Encino or Glendale‚ contact Cal West Law at (818) 446-1334 for a free consultation.