Lawmakers in the U.S. Senate and U.S. House of Representatives have introduced legislation that would make it easier for student loans to be forgiven in Woodland Hills Bankruptcy.

Woodland Hills Bankruptcy Lawyers believe this is welcome news to people who are struggling with student loan debt‚ which can lead to higher credit card debt and a lower quality of life for those struggling to make repayment. Filing for bankruptcy can eliminate debt and give consumers a fresh start; our firm has helped countless people get out from under debt and to make a fresh start. 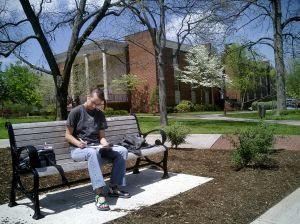 According to U.S. News & World Report‚ the law would seek to restore the ability to discharge commercial student loans in bankruptcy proceedings‚ reversing a 2005 change to the law for borrowers who find themselves unable to make payments on their loans. Some 6.7 percent of loans in California go into default‚ according to the U.S. Department of Education.

That’s probably because college tuition continues to climb and graduates are having an increasingly difficult time finding work. The John J. Heldrich Center for Workforce Development at Rutgers University recently reported that only 56 percent of 2010 college graduates have been able to find work‚ compared to 90 percent from the classes of 2006 and 2007.

And an increasing number of “for-profit” universities are nothing more than predatory lenders hiding under the guise of higher education.

Three senators and four representatives‚ including George Miller (D-Calif.) recently introduced parallel bills that would change how bankruptcy laws look at student loans. Currently‚ getting a bankruptcy judge to eliminate student loans requires proving the loans are an “undue hardship‚” which can be difficult to prove unless a person is unable to work and can’t make money. As a practical matter‚ most student loans cannot be discharged under today’s bankruptcy laws. But that’s not to say bankruptcy can’t help; by eliminating other debt‚ consumers can focus on paying down college loans and climbing out of what seemed a bottomless hole.

“Before changes were made to the bankruptcy code in 2005‚ only government-issued or guaranteed student loans were protected during bankruptcy‚” said Sen. Dick Durbin (D-Ill.) in a press release. “This protection has been in place since 1978 and was intended to safeguard federal investments in higher education. Today’s bill would restore the bankruptcy law‚ as it pertains to private student loans‚ to the language that was in place before 2005‚ so that privately issued student loans will once again be dischargeable in bankruptcy.”

These lawmakers understand the benefits of filing for bankruptcy and that’s why they are trying to make it easier for consumers who are burdened by debt. That’s why consulting with an experienced Woodland Hills Bankruptcy Attorney is the first step toward financial freedom. A free consultation will allow us to assess the situation and provide advice about what the best options are‚ based on the client’s specific situation and needs.

If you need to speak with a bankruptcy attorney in Woodland Hills‚ Encino or Glendale‚ contact Cal West Law at (818) 446-1334 for a free consultation.