With student loan rates at an all-time high and the value of a college degree at a premium in the workplace‚ it’s understandable that some students would get desperate. 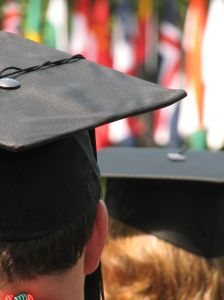 However‚ one troubling trend that appears to be cropping up lately is students who secretly forge their parents’ signatures on loans or even outright steal from them to cover the cost of their tuition. Our Woodland Hills bankruptcy attorneys know that few scenarios are as emotionally wrenching. You’re likely to go through a wide range of negative emotions‚ from anger to deep disappointment and heartache.

Beyond the betrayal‚ however‚ is the worry of how you will cope financially and what options you may have available. This is going to depend on your individual situation and what kind of action you are willing to pursue against your own child for recovery of the losses.

Bankruptcy may be an option to consider. While student loans are not dischargeable in a bankruptcy‚ such a filing may free you up financially to have the ability to more comfortably cover the payments. This is true for both Chapter 13 repayment filings and Chapter 7 liquidation filings.

One of the recent scenarios that was offered up to a financial advice columnist:

Two parents reported cosigning for a private loan for their son for $25‚000 for the first year of his college tuition. That was all they had agreed to or could afford. Six months after he graduated‚ with a degree in social services‚ his parents began receiving bills to cover more than $100‚000 in private student loans‚ for which the payments were roughly $1‚100 monthly. They later learned their son had electronically signed his mother’s name to co-sign for the next three years of his loans. The son‚ who earns $15 hourly‚ has not made a single payment.

In some cases with private loans‚ there is a clause permitting the origination of subsequent years’ loans in addition to the original loan. If that was not the case and the son did in fact forge his mother’s signature‚ it would be possible for the parents to be released from the financial obligation. However‚ most lenders will require that in order for this to happen‚ the person who committed forgery would have to be convicted of identity theft.

Others who find themselves in this situation may be able to work out a payment plan with their child.

What these cases tell us is that parents need to be explicit about what they can pay and what they can’t. College-age children need to know ahead of time that pursuing an education they can’t afford isn’t a smart investment‚ and that you won’t be able to bail them out if they get into a bind.

Even those parents who willingly agree to help their children with student loans need to know exactly what they’re getting into. For example‚ a parent who takes on another $33‚000 in student loan debt for their child could be looking at a monthly payment of about $800. That’s practically another house payment and at that rate‚ the parents will be paying until they are in their mid-70s.