The sports agent whose life inspired the Tom Cruise character for the hit movie “Jerry Maguire” recently filed for bankruptcy in Woodland Hills‚ showing that celebrities and anyone else can use these laws to their advantage.

What this story shows is that sometimes it’s not job loss‚ medical bills or credit cards that lead to financial problems‚ but also dependency issues. A recent story from the Associated Press looks at Leigh Steinberg’s recent struggles‚ which show that a life of alcoholism‚ especially following divorce‚ can create financial issues so deep that bankruptcy is a sound solution. 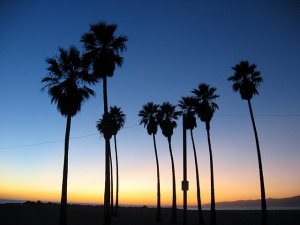 Our Woodland Hills bankruptcy lawyers have seen many celebrities dip into foreclosure‚ lose money on major investments and feel the same effects of the poor economy that every else does. Simply being in a different tax bracket doesn’t mean celebrities are immune to the same problems.

The article reports that he would sit in his balcony overlooking Newport Bay drinking. He’d do it in bed and before driving. He even got arrested after people reported he was screaming and running around drunk in public in upscale Newport Beach.

The news article goes on to state that he secured major contracts for big-name‚ NFL Hall of Fame players‚ was on the cutting edge of voiding years in contracts‚ securing big signing bonuses and estimates state he earned more than $100 million in his career.

But he recently decided to use the protection of bankruptcy in Woodland Hills to his advantage‚ listing that he has nearly $500‚000 in assets‚ but more than $3.1 million in debt. The paperwork currently shows he has a monthly net income of $3.33 million‚ yet owes millions in back rent and owes players‚ coaches and taxes.

He said recently that he has been sober for nearly two years‚ but the problems from two years ago have caused him to run into massive debt. Major medical bills‚ a divorce‚ problems with flooding and mold at houses he owned and bad investments also crushed his money situation.

He said he would drink at big gatherings‚ Super Bowl parties and other galas‚ just like everyone else. But as the drinking increased‚ he got into debt and that debt led to legal problems and default judgments. He later lost his job after a lawsuit was filed against him for a debt and now he can’t work in football‚ his most successful sport.

Alcoholism and dependence on drugs can lead to major money issues when the need for that outweighs others. That can get expensive‚ which can create more and more financial issues.

Bankruptcy in Woodland Hills may be a way out of these issues. If a consumer owes people‚ companies or banks major dollars‚ but their income is lagging‚ bankruptcy may help. Instead of losing court battles and getting further into trouble‚ filing for bankruptcy can help people get out of the debt and figure out a way to battle back in the future.

Why wait and hope that the situation improves without any major planning? Take the proactive approach and set up a free consultation with an experienced Woodland Hills bankruptcy lawyer today.