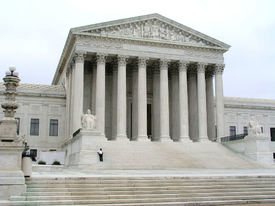 In a highly unusual move‚ the U.S. Supreme Court agreed to review an issue that had arisen in a California Chapter 7 bankruptcy case.

The lower courts‚ at the request of the trustee‚ had imposed a surcharge on the debtor’s homestead exemption for alleged misrepresentation in the case of Law v. Siegel. The debtor appealed.

The Supreme Court heard the case in January‚ and just this month issued a decision: A reversal of the lower court’s ruling‚ ultimately granting the debtor relief.

Interestingly‚ the case was not so much about whether the debtor was in the right. In fact‚ there is evidence that perhaps there were misrepresentations on his part. The bigger issue‚ the court found‚ was that the lower bankruptcy courts had overstepped its authority.

The fact that the high court even accepted this case is rather remarkable‚ especially considering the defendant filed his petition pro se. The court receives more than 7‚000 petitions for certiorari every year. The court only accepts a few dozen of those. Additionally‚ the court typically only accepts between one and four bankruptcy cases in any given term.

In this case‚ the debtor‚ “Law‚” filed for a Chapter 7 bankruptcy‚ citing that his home had a value of about $364‚000. Of that‚ he claimed that $75‚000 was exempt from consideration in the bankruptcy estate‚ per California’s homestead exemption law. The debtor also reported to the court that there were two liens on his home‚ the sum of which left no equity for other creditors.

However‚ the bankruptcy trustee became suspicious of the debtor’s truthfulness regarding those liens. In an adversary proceeding‚ the trustee challenged one of those liens‚ purportedly belonging to a “Lili Lin.” The court granted a default judgment in favor of the trustee.

After that‚ an attorney came forward‚ reportedly representing a “Lili Lin” in China. She maintained that the debtor’s statement was true and she possessed a lien on the home. Meanwhile‚ another “Lilli Lin” of California stated that she was an acquaintance of the debtor‚ had never lent him any money but that he had approached her about concocting a phony lien on his property.

In the end‚ the lien was voided and the home was sold. After that‚ the trustee sought to pursue the debtor for a “surcharge” to offset the cost of the expenses incurred fighting the bogus lien. The cost his office ran up? $456‚000 – far in excess of the $75‚000 for which the debtor would have been exempt.

The bankruptcy court obliged‚ and surcharged the debtor’s exemption to offset a portion of the trustee’s costs. That decision was affirmed by the Ninth Circuit Bankruptcy Appellate Panel‚ as well as the Ninth Circuit Court of Appeals.

But the U.S. Supreme Court reversed. It found that the bankruptcy court had exceeded the limits of its authority by ordering that Law’s protected $75‚000 homestead exemption be made available to cover the cost of the trustee’s legal fees. Citing 11 U.S.C. 105(a)‚ the high court underscored the fact that a bankruptcy court is not allowed to exercise its authority to “carry out” the provisions of the bankruptcy code by taking action that is prohibited elsewhere in the code.

Specifically‚ the fact that the surcharge equated to the denial of the debtor’s right to a homestead exemption was “not supported by a history in the case.” Further‚ the high court indicated that no one timely objected to the exemption‚ which became final before the imposition of the surcharge. Additionally‚ the court stated that federal law provides no authority for denial of an exemption on grounds not specified under the code.

The court did concede that the ruling may produce inequitable results. However‚ other remedies exist to address situations of debtor misconduct. These remedies include sanctions for bad-faith litigation conduct‚ denial of discharge and enforcement of monetary sanctions through normal procedures for collecting judgments.

If you are contemplating bankruptcy in Los Angeles‚ contact Cal West Law‚ APLC to schedule your free consultation. Call (818) 446-1334.