There are many reasons why a Woodland Hills bankruptcy filing may be extended longer than usual‚ and one of those reasons would be if there is a dispute as to whether certain property is part of the bankruptcy estate. 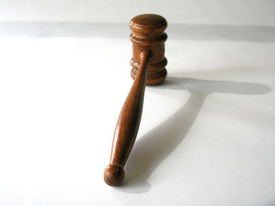 Such an attempt was made by a creditor in the case of Bank of England v. Rice. Here‚ a creditor attempted to assert that it had a perfected security interest in certain business equipment that had been purchased by a small business owner who had sought protection by filing for a Chapter 7 bankruptcy.

A bankruptcy‚ however‚ would complicate matters because it is the job of the bankruptcy trustee and ultimately the court to ensure that all creditors are treated equally. Allowing one creditor to seize property that belongs to the bankruptcy estate would result in an inequitable distribution of the estate’s assets.

In this case‚ a married couple filed for Chapter 7 bankruptcy back in 2012‚ and when they did so‚ they listed a large amount of farming equipment they had owned in connection with the farming business they owned and operated.

The bank that had issued the loan to the company for this property wanted to seize it because the company had not repaid the loans for that property. Each spouse owned 50 percent of the business‚ and several loans they had taken out in furtherance of the business were in the name of the joint venture.

The bank alleged that the company had nine unpaid loans‚ and as a result‚ it was entitled to seize the farming equipment.

The bankruptcy trustee sought an injunction to bar the bank from seizing the farming equipment.

At an emergency hearing‚ the debtor testified that he did not differentiate the joint venture property from his own personal property‚ but instead treated these assets as all one in the same.

Neither side presented evidence at that hearing to suggest that the joint venture was registered as a separate entity with the secretary of state’s office.

Based on this‚ the bankruptcy court deemed the joint venture as not a general partnership or separate legal entity. As such‚ it was owned individually by the debtors and therefore should be included in the bankruptcy estate.

The bank appealed to both the district court and the federal appellate court‚ both of which affirmed the bankruptcy court’s ruling.

In this case‚ the business classification was of key importance. Just because a business is called “joint venture” doesn’t mean it can’t be a general partnership or separate entity‚ but there has to be some evidence that it qualifies for the latter. If it does‚ then that property may be considered separate from the bankruptcy estate.

While this case involved a creditor appeal of that decision‚ there are a fair number of cases in which the debtor seeks to have certain assets or funds excluded from the bankruptcy estate‚ particularly when a small business might be involved.

It is imperative in these cases to seek the services of an experienced Chapter 7 bankruptcy lawyer.