A new report reveals that most of those who have a structured retirement account to which they contribute are racking up more debt than they’re saving. 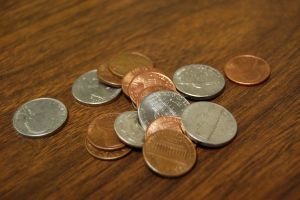 This has left many voicing grave concerns for what this means not only in the immediate‚ but down the road as baby boomers age and will presumably rely more heavily on the nation’s troubled Social Security system.

Researchers looked at the debt habits of those who participate in 401(k) programs and found that on average‚ most were spending about 22 percent repaying their debt. Meanwhile‚ they’re setting aside about 11 percent for retirement. Unfortunately‚ this is leaving many folks not only living paycheck-to-paycheck‚ but with retirement savings that are only going to last about half the duration of their retirement.

In some cases‚ people will end up remaining in the workplace far longer than they intended. In other cases‚ it’s going to mean that people will continue to rack up more debt‚ particularly on credit and in the form of payday loans‚ just to cover those daily expenses. Alternatively‚ it’s going to mean more people relying on government assistance‚ which will be a particular drain on younger generations‚ especially as ever-improving medical advances have resulted in people living longer lives.

One option many of these folks might want to consider before retirement is bankruptcy. While it’s certainly not for everyone‚ eliminating large‚ outstanding debts while you still have the ability to work and save may be the best strategic financial move you can make to insulate your future.

Now‚ we’re not advocating racking up a bunch of debt with the express intention of simply writing it off in a liquidation bankruptcy. However‚ the fact of the matter is that a lot of people become mired in debt through circumstances outside of their control. These might include a serious illness‚ the loss of a job or a divorce or death of a spouse. In situations like these‚ continuing to struggle through the debt for years‚ only to come up short when it comes time to retire may not be the best way to go.

The researchers at HelloWallet found that average monthly debt payments spiked by nearly 70 percent since 1992.

According to a Securian study conducted earlier this year‚ slightly less than half of all retirees had debt at the time they quit working. Among those‚ about a quarter owed $100‚000 or more. About 60 percent had not yet paid off their mortgages‚ and another 60 percent carried credit card debt into their retirement. Nearly a third owed money on a car.

Some of these debts may be manageable‚ even on a fixed income. The problem is that far too many people underestimate how much they’re going to need for retirement.