A bankruptcy should be viewed as an invaluable opportunity to clear your financial slate and start fresh. 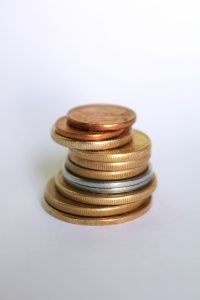 However‚ the process can be irreparably sullied when a person attempts to hide or conceal assets from the court in an effort to shield them from the proceedings. Such attempts are usually futile.

Hidden assets are almost always revealed one way or another‚ ultimately leaving the offender in a worse situation than when he started. This is especially unfortunate when you consider that California law includes substantial exemptions that will often allow you to keep a wide range of property when filing for bankruptcy in Woodland Hills‚ including your home‚ vehicle‚ federal benefits‚ retirement savings‚ heirlooms and more.

The case of Daniels v. Agin‚ recently reviewed by the U.S. Court of Appeal for the First Circuit‚ reveals why even attempting to conceal assets is a bad idea.

In this case‚ the Chapter 7 bankruptcy petitioner reportedly failed to maintain his profit-sharing plan in compliance with applicable tax law‚ and then purposely failed to disclose‚ and in fact deliberately concealed‚ the existence of two IRA retirement accounts which consisted primarily of assets that had been transferred from that profit-sharing plan.

For these reasons‚ the court found that it had grounds to treat the IRAs as non-exempt and further that the debtor’s discharge could be revoked.

All of this came to light after the debt had been discharged and the case closed.

The petitioner‚ Daniels‚ was required per state law to file a statement of material fact identifying all relevant debts and assets. Daniels owned a fishing boat business that had been rapidly losing money‚ and he was also the trustee of a profit-sharing plan‚ for which he was the sole administrator and participant.

It was also noted that Daniels’ uncle lived with him and the two shared a number of joint accounts. When his uncle died‚ Daniels withdrew some of the money from those accounts and placed them into the profit-sharing plan.

However‚ the uncle’s widow later sued‚ saying he had no right to those funds. She won in court. But before she could be paid‚ the funds were transferred to two IRA accounts and Daniels filed for a Chapter 13 bankruptcy (which was later converted to a Chapter 11 and then a Chapter 7). He failed to disclose the existence of those IRA accounts to the bankruptcy trustee.

Once they came to light‚ the trustee filed to vacate the order to discharge Daniels’ debts – which the bankruptcy court granted and the appellate court affirmed.

The lesson learned here is that if you have assets you want to keep‚ make sure you discuss all your options first with an experienced bankruptcy attorney.

If you are contemplating filing for bankruptcy in Woodland Hills‚ contact Cal West Law to schedule your free consultation. Call (818) 446-1334.