In cases of bankruptcy‚ one of the primary sources of reticence we see from potential filers is concern about what they may lose in the process. 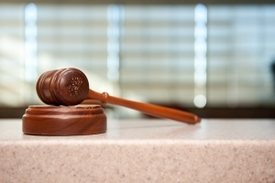 For this reason‚ we believe it is critical to be explicit with our clients about how the law determines what is part of the bankruptcy estate‚ and what is not.

The bankruptcy estate is all of your property and property rights. When you file for a Chapter 7 bankruptcy in Woodland Hills‚ the court is granted the right to administer that property.

Both state and federal law play a role in what is considered the bankruptcy estate. Each state has its own list of exemptions.

Bankruptcy estate property can be tangible‚ such as your house or vehicle. Or‚ as in the case of Croft v. Lowry‚ et al.‚‚ reviewed recently by the U.S. Court of Appeals for the Fifth Circuit‚ it can also be pending causes of action‚ or whatever rights you had to collect certain monies.

In the Croft case‚ the issue at hand was whether a defensive appeal was considered part of the bankruptcy estate.

At the time that Croft filed for bankruptcy in Texas‚ he had been involved in two lawsuits – one against a management company and another against a swim club. Croft lost both of those lawsuits‚ and in addition to monetary damages was ordered to pay attorneys fees.

Croft subsequently appealed those decisions and shortly thereafter‚ filed for relief in the form of a Chapter 7 bankruptcy.

Croft requested a limited relief from the bankruptcy’s automatic stay so that he could proceed with his appeals. The parties who had originally won their cases against Croft opposed his request‚ arguing that Croft’s rights to appeal were part of the bankruptcy estate‚ and as such could be sold by the trustee‚ per the scheduled sale procedure.

Initially‚ the bankruptcy court held that Croft’s defensive appellate rights weren’t part of the bankruptcy estate. The court reasoned that they were purely defense‚ an appeal of an adverse judgment‚ and therefore not of value to the estate. It granted Croft’s motion.

However‚ that decision was reversed by the district court in Texas‚ a decision that was ultimately upheld by the federal appellate court.

In reaching its conclusion‚ the court cited the 2003 California case of In re Mozer‚ in which the Central District of California reached the conclusion that defensive appellate rights could be considered part of the bankruptcy property. In the Mozer case‚ the court reasoned that defensive appellate rights stemming from a judgment against the debtor were not inherently different in terms of whether they should be considered property of the bankruptcy estate because if the appeal was successful‚ it might result in increasing the debtor’s assets. So even if the right to appeal had no actual value to the estate at the time of the filing‚ the appeal to a judgment does have potential value in that it could ultimately reduce a debtor’s liability.

The federal appeals court cited several similar findings in other bankruptcy courts throughout the country in recent years.

This finding is mainly relevant for those who are embroiled in civil lawsuits at the time of their bankruptcy filing.

If you have questions about what may be considered part of the saleable bankruptcy estate in your case‚ an experienced bankruptcy lawyer can help you determine the unique benefits and consequences for your situation.