Dionne Warwick may be saying a little prayer – for her bank account. For the rest of us‚ it’s time to deal with the annual tax deadline. 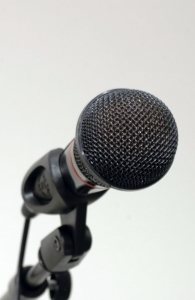 The Rolling Stone reports the 72-year-old singer filed Chapter 7 bankruptcy in order to settle years-old tax issues dating back more than 15 years ago.

Our Woodland Hills Chapter 7 bankruptcy lawyers know that while most tax debts can’t be discharged in a bankruptcy‚ some can. As we approach the April 15 deadline to file your 2012 taxes‚ it’s an appropriate time to discuss the differences.

It’s worth noting first of all that if you file for a Chapter 13 repayment plan‚ you’ll end up repaying your tax debts in full over a period of time as part of the repayment plan. Chapter 7 is the only way you can fully discharge your tax debts‚ but you can only do so if a number of criteria are met.

Those are as follows:

An experienced bankruptcy lawyer can help you determine if your situation meets all the above criteria and if not‚ whether there is any action you may be able to take to change the situation.

In Warwick’s case‚ her attorney told Rolling Stone that her tax troubles stemmed from mismanagement of funds by a business manager who had been fired a number of years ago. While Warwick had trusted this individual to appropriately handle her finances‚ at the end of the day‚ it is she who is responsible for the outcome.

Warwick had reportedly been attempting to hammer out a deal with the IRS for the last several years. Her attorney said that while she continued to pay the IRS‚ the money she handed over was only applied to the interest and penalties‚ as opposed to the actual principal amount.

Her total liability was calculated at $1 million. While she’s paid about $1.3 million‚ her attorney says‚ the interest and penalties have resulted in a situation where she has been unable to keep up with the payments.

At her age‚ she is not bringing in enough performances to cover the cost of her expenses plus the amount demanded in back taxes. Although the IRS is going after her hard as a “celebrity‚” her attorneys says her ability to pay is severely limited. Her average monthly income is somewhere around $20‚950‚ while her expenses tally up to $20‚940 – meaning she makes a net income of $10. This isn’t necessarily unusual with celebrities or even wealthy individuals.

Reports indicated that while her credit would be damaged at least initially‚ it’s believed most of her assets would be protected under the filing.

If you are contemplating bankruptcy in Woodland Hills‚ contact Cal West Law to schedule your free consultation. Call(818) 446-1334.