Contrary to popular belief‚ college students aren’t the only ones who get reeled in with flashy credit card marketing ploys‚ only to find themselves sinking in debt. 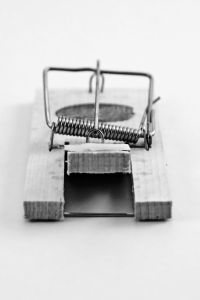 Woodland Hills Chapter 7 bankruptcy lawyers know that credit card usage overall dropped steeply following the first wave of the financial crisis back in 2008. Part of that was because credit card companies pulled back significantly and tightened their restrictions in a way they hadn’t before. But it also had to do with consumers fearing how they would cope with credit card debt.

Now‚ however‚ that’s changing. Consumer confidence is back. Recent data released by J.D. Power & Associates indicates that the average credit card holder racked up a higher balance this summer than they had the year before.

So this means credit card companies are once again trying to rake in new customers.

It’s important for consumers to be savvy about the offers that are once again beginning to flood their mailboxes. Many of these marketing tactics are meant to suck you in and then stick you with a huge bill. Credit card debt is one of the worst because you are hit hard when you don’t pay on time‚ and interest rates can quickly begin to gobble up all of your monthly payments‚ leaving you indebted for years.

Some of the most common offers to watch out for:

1. A generous rewards program. Credit card companies will push these incentives hard. Sometimes‚ they will offer 5 percent back or some crazy amount of airline miles when you sign on. It sounds like a great deal. But like anything else that sounds to good to be true‚ of course‚ it usually is. The key is understanding how the program works. For example‚ you might get that 5 percent cash back‚ but it’s usually on some rotating category of items you purchase. Some cards might require you to spend over a certain amount annually in order to claim those rewards. And the same thing with airline miles or points. You might be giddy over an offer of 60‚000 free airline miles‚ but that might only cover one trip‚ and you could still face certain restrictions. That’s not to say that all rewards programs are bad‚ but it’s important for you to understand what you’re actually getting.

2. A balance transfer for 0 percent APR. Here’s the thing: A balance transfer can be a smart way to pay off your existing debt at a faster clip. But you have to be careful. For starters‚ you might not actually qualify for a consolidation‚ even if it’s technically offered. Plus‚ there is almost always a balance transfer fee associated with this incentive. Typically‚ you’re looking at somewhere between 3 and 5 percent. So for example‚ if you’re transferring $7‚000‚ you’re probably going to pay somewhere in the neighborhood of $350 to do it. Plus‚ you usually have a deadline before you have to pay that balance off‚ otherwise you risk an interest rate that shoots up‚ possibly to an even higher rate than you had before. That’s not to say it isn’t still a good move‚ but just make sure you read the fine print.

3. A low APR promise. A lot of card companies will make it a point to advertise the lowest possible annual percentage rate they can offer based on the terms of the account. However‚ that doesn’t necessarily mean you personally will qualify for it. Typically‚ you’ll only get that if you have stellar credit. The back of the application‚ in the fine print‚ should have details of all the interest policies and fees. Make sure you read it. Otherwise‚ you could get stuck with rates that top 20 percent – which will undoubtedly leave you in a debt spiral if you can’t pay that off every month.

If you do end up finding yourself stuck in a credit card trap‚ we can help.

If you are facing Chapter 7 bankruptcy in Woodland Hills‚ contact Cal West Law to schedule your free consultation. Call (818) 446-1334