Federal prosecutors are going after Bank of America and its subsidiary‚ Countrywide‚ for what it says were brazen and widespread mortgage fraud abuses perpetuated against the government and taxpayers. 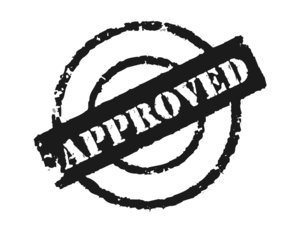 Our Woodland Hills foreclosure defense lawyers understand the government is suing the bank for $1 billion‚ which is actually a fraction of the loss taxpayers had to shell out as a result of the mortgage lenders’ actions.

You may recall that Bank of America was one of the parties to a $25 billion settlement among five major banks and attorneys general from 49 states. However‚ that settlement specifically stated that it wouldn’t insulate the banks from future litigation as a result of their calculated efforts to manipulate the market‚ defraud homeowners and the government and line their own pockets.

Countrywide was‚ at one time‚ the largest mortgage service provider in the nation. It was later acquired by Bank of America.

The U.S. Attorney’s Office is alleging mortgage loan fraud between 2007 and 2009‚ during which time prosecutors say the bank quickly turned around mortgage loans without first ensuring that those who were being offered the loans could actually afford them.

Those toxic loans were then bundled and sold to federally-backed housing agencies Fannie Mae and Freddie Mac. Those agencies in turn packaged them into securities and sold them to unwitting investors. The whole idea of the transactions are to free up the banks to make more loans and keep the economy going. If a loan defaults‚ Freddie and Fannie guarantee payment to investors.

However‚ when the bottom fell out of the market‚ that meant the federal government was stuck holding the tab.

The federal housing agencies reportedly didn’t verify the strength of the loans because they were relying on information supplied by the bank‚ which certified that the loans had met certain criteria. In fact‚ they hadn’t.

When the housing market began to crumble‚ the suit says‚ Countrywide actually began to loosen its standards for handing out loans‚ while simultaneously reassuring the government that the standards were being increased and improved.

So calculated was this effort on the part of bank that internal communications indicate staffers had a name for the process: the “Hustle.” This process involved scrapping any measures that served to double check the standard of the loan. That involved making sure borrowers had enough income and not too much debt. If the computerized underwriting system red-flagged a loan‚ employees were told to fudge the figures‚ prosecutors say. Additionally‚ bonuses were provided to employees based on the number of loans they could churn out‚ as opposed to the quality of those loans.

The lawsuit lays out seven specific examples – in California‚ Florida‚ Alabama and Georgia – for which the borrower’s income and other assets were altered. One application out of Florida indicates that a borrower was an airline representative earning more than $15‚000 a month. In fact‚ that individual worked for a temp agency and made just $2‚600 a month. That borrower defaulted in little more than six months.

This is the kind of machine that homeowners are up against when they’re trying to fight a foreclosure. This is why it is so critical to hire an attorney with proven experience.