It’s critical during the bankruptcy process that you disclose all relevant information – including any pending litigation – to your Los Angeles Chapter 7 bankruptcy lawyer.

Otherwise‚ as was the case in Auday v. Wet Seal Retailer‚ it may negatively affect the outcome of both cases. 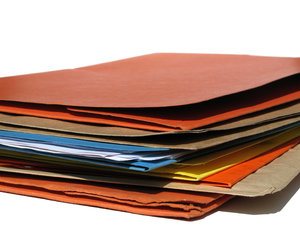 Additionally‚ if you are contemplating some other litigation around the time of your bankruptcy filing‚ your attorney may advise you on the impact one case may have on the other. If you have time to wait to file the other case under the statute of limitations‚ you may want to hold off.

Here’s what happened in this case‚ according to court documents:

The plaintiff was fired from her job at a clothing retail store. She suspected it had to do with age discrimination. A few days later‚ she and her husband filed for bankruptcy. Now‚ she is attempting to sue her former employer‚ but her claim was lumped into the property of her estate when she entered bankruptcy.

The plaintiff says she was 47-years-old in late 2008 when she began work at a clothing store chain that markets to young women. The supervisor‚ who was in her 20s‚ began to complain about the plaintiff’s attire‚ saying she should dress more age-appropriate. Other employees commented similarly. After eight months‚ she was fired. She informed the company via letter that she intended to sue.

Four days after the firing‚ she and her husband filed for bankruptcy‚ listing $511‚000 in liabilities. They declared about $205‚000 in assets‚ but did not include the age discrimination claim the plaintiff had filed.

Approximately three months after the bankruptcy was initially filed‚ her attorney was informed of the action. He immediately wrote to the bankruptcy trustee‚ asking what action needed to be taken. However‚ neither the lawyer nor the trustee informed the court‚ which discharged the bankruptcy in early 2010.

A district court later tossed her discrimination claim on the basis that she failed to list it in her bankruptcy petition‚ which barred her from bringing this action later. Also‚ the clothing company ruled that the plaintiff did not have standing to sue because the claim technically belonged to the trustee.

The appellate court was asked to answer the question of whether the plaintiff had the right to sue. they determined that according to 11 U.S.C. 541(a)(1)‚ her estate became the owner of all property – including tort claims accrued before she filed – once she formally sought Chapter 7 protection. What this means is that only the trustee‚ not the individual‚ has the standing to pursue the claim.

The trustee could have abandoned the claim‚ leaving the plaintiff free to pursue it‚ but that did not happen here. Doing so would have required notice to creditors‚ and if any object‚ a court hearing would have to be held.

In other words‚ the trustee would pursue the action and any damages received as a result would go to her creditors. If there was an excess‚ it could go to the plaintiff.

However‚ she herself had no right to pursue it alone.

Information an attorney early on of all outstanding claims and potential litigation can help avoid a similar scenario.

If you are exploring Chapter 7 bankruptcy in Los Angeles‚ contact Cal West Law to schedule your free consultation. Call (818) 446-1334