Attempting to hide your assets in the midst of a Pasadena Chapter 7 bankruptcy is never a good idea‚ as Wolfe v. Jacobson illustrates. 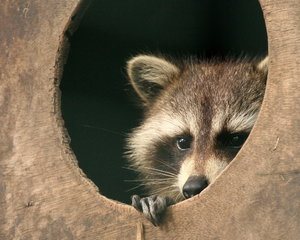 First‚ any Woodland Hills bankruptcy lawyer will tell you that you aren’t likely to be successful. Bankruptcy trustees and creditors have ways of uncovering assets that you may have “sold” to relatives or gifted to friends. Secondly‚ if you are caught doing so‚ the sanctions can be severe‚ and can include denial of your bankruptcy request and heavy fines and penalties.

This case involves Myrna Jacobson‚ her husband Donald and a creditor named Larry Cunningham. (Wolfe refers to the name of the bankruptcy trustee in this case).

This was a long and drawn-out affair that began way back in 1985. At that time‚ Cunningham filed suit against the Jacobsons‚ as well as individuals with whom they were in business. It all had to do with the construction and sale of a beach access home that the couple owned in Orange County.

The first time the case went to trial‚ there was a mistrial. As the second trial approached in 1995‚ Myrna and Donald filed for Chapter 7 bankruptcy. Under U.S. Code 362(a)(1)‚ this creates an automatic stay‚ or in other words‚ halts any efforts to collect money or property from the debtors. This applies to assets such as your house or car or other real property. It doesn’t have any bearing on‚ say‚ child support obligations or things of that nature.

So in this case‚ the bankruptcy petition halted Cunningham’s lawsuit against the Jacobsons.

The debt that the Jacobsons owed was discharged. That included the money they reportedly owed to Cunningham.

But then‚ Cunningham filed what is called an adversary complaint with the bankruptcy court. He contended that the court should not have discharged all the Jacobsons’ debt because they had not been honest about all their property. In fact‚ he alleged‚ they had committed fraud in hiding assets from the court.

The bankruptcy court reviewed the case and determined that‚ indeed‚ it appeared assets had been hidden. They didn’t hold Donald Jacobson responsible‚ however‚ saying that his mental capacities had greatly diminished. But the court gave Cunningham the green light to sue Myrna Jacobson for the original money that she owed him. He did so‚ and he won – $800‚000. That was in 2000.

Six years later‚ she hadn’t made good on that payment‚ and the interest had ratcheted it up to nearly $1.5 million. When Cunningham again took her to court to force her to pay up (specifically requesting the sale of her home to pay for it) she again filed for bankruptcy. That bankruptcy again automatically stayed the foreclosure of her home.

But Cunningham was able to successfully petition the court to lift that stay‚ allowing sale of the home to take place‚ in order to satisfy the debt.

If you are considering filing for bankruptcy‚ contact Woodland Hills bankruptcy attorneys at Cal West Law‚ APLC to schedule your free consultation. Call (818) 446-1334.