The Wall Street Journal is reporting that Americans increased spending at the end of 2011‚ which in turn jacked up the amount of consumer debt on the books.

As consumers’ expenses outweigh their income‚ they will continue relying on lines of credit to get by. We all do it. in fact‚ without credit available‚ it would be nearly impossible for our country to function. 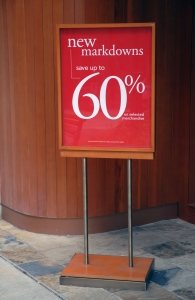 But when major events‚ such as job loss‚ major injury causing sky high medical bills or a divorce enter the mix‚ it can lead to serious financial problems. Consumers will look for any means to try to figure a way out of the debt issues that are causing stress. Many people have looked to Woodland Hills bankruptcy for this help.

Woodland Hills bankruptcy lawyers recognize that there are many debt management options available to consumers. Not all of them are completely helpful and some can actually hurt.

Bankruptcy in Woodland Hills isn’t a cookie-cutter solution to debt issues. But for millions of people‚ it has given them financial freedom and a chance to start over.

When people file for bankruptcy‚ they get what’s called an automatic stay. This stops creditors and debt collection agencies from dealing directly with the consumer. Wage garnishments and other actions must stop. And through the process‚ the debt that the consumer has amassed over the years is wiped clean.

According to The Wall Street Journal‚ the amount of debt picked up late in 2011 as the holiday season hit. Different types of debt‚ including household borrowing through credit cards‚ student loans‚ car loans and mortgages increased by a 9.3 percent annual rate after a 9.9 percent rate in November.

Analysts saw that student loans increased the most‚ while auto loans and credit card use also increased. Some experts believe that with unemployment still high‚ many older Americans are taking out student loans to try to go back to school and learn a new skill that could make them more marketable.

Still‚ studies have shown that tuition for all students has gotten much higher in recent years‚ leading to massive debt problems for students. Credit card debt is expected to increase toward the end of the year‚ as retail sales spike during the holidays. But the uptick in auto debt was surprising to some analysts.

Bankruptcy in Woodland Hills can wipe out many types of debts. There are some restrictions‚ but in most cases‚ people who have low or no income and few assets can have years of debt wiped clean through the bankruptcy process. The stress that goes along with getting a dozen phone calls a day goes away.

These consumers are able to live again without worrying what their credit limit is‚ if their cards are going to get rejected and what their children might think. Instead of being embarrassed by unwanted harassment and getting threatening letters and emails and garnished wages‚ these consumers can put all that behind them.