Approximately $110 billion in unpaid child support is owed in the U.S.‚ according to a new report released last month by the Office of Child Support Enforcement. 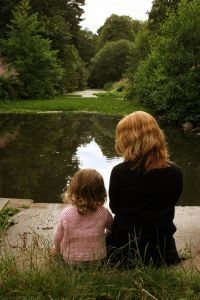 Of that‚ roughly 51 percent was owed directly to the families these individuals were supposed to be supporting‚ and another 49 percent to taxpayers who were helping to subsidize care for those families who were unsupported.

Our Woodland Hills Chapter 7 bankruptcy attorneys have gotten inquiries from parents who have fallen behind on their child support payments‚ wondering if a bankruptcy would allow them to essentially start over again.

The answer is: Yes and no.

Here’s what a Chapter 7 bankruptcy WILL NOT do:

In fact‚ the child support or alimony debt that you owe is given a high priority by the court.

The Bankruptcy Reform Act of 1994‚ and specifically 11 U.S.C. 523‚ exempts child support payments from discharge‚ the same way taxes and student loans are exempted.

However‚ here’s what a Chapter 7 bankruptcy WILL do:

This is often what many parents who owe child support need to get back on their feet. With child support payments set at 17 percent of a person’s income‚ per child‚ it really doesn’t take a long time‚ especially if you’ve been ill or out of work‚ to rack up tens of thousands of dollars in child support debt.

Usually‚ it’s not that they’re failing to pay because they don’t want to do so or because they’re living some kind of secret‚ lavish life. It’s mostly because they can’t afford the payments. of course‚ there are modifications that can be sought to the child support order‚ but often the reduction isn’t enough to make much of a difference.

A bankruptcy allows you to get rid of all or most of your other debt so that you can adequately provide for your children.

It’s also important for those who are owed child support to understand how a Chapter 7 bankruptcy can help you. If your child’s father is significantly behind on payments‚ it can make it extremely difficult to make ends meet. More than 80 percent of custodial parents are women‚ and for many of those‚ child support payments represent approximately 45 percent of their total income. Without that‚ debt piles up quickly. This is especially true if your ex is among the 11 percent of debtors who owe approximately 55 percent of the debt.

Call us today to see how we can help.