A $25 billion agreement reached by five of the country’s largest banks and attorneys general from 49 states following the mortgage crisis has more than doled out‚ according to reports. 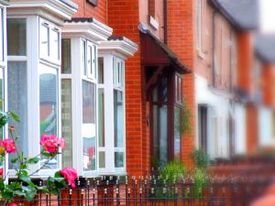 Woodland Hills foreclosure defense attorneys understand that some 300‚000 borrowers were aided with $26.1 billion by this effort between March 1 and Sept. 30‚ with an average homeowner receiving approximately $85‚000. Half was in the form of aid during short sales‚ according to the Office of Mortgage Settlement Oversight.

More than $4 billion reportedly went to trial mortgage modifications‚ which were a way to help homeowner stay in their homes by reducing either their principal balance or interest rates to a level that was more realistic‚ given both the market value and the homeowner’s ability to pay.

This sounds like a lot‚ but in truth‚ it barely scratches the surface of the millions of homeowners who were affected by the fraudulent and abusive actions of these banks and their mortgage servicers.

We also must remind people that the banks weren’t doing this out of the goodness of their hearts or because they realized what they had done was egregiously wrong and harmful. No‚ they did it amid pressure from the federal government‚ which could have imposed even steeper fines. We know $26 billion sounds like a lot‚ but it doesn’t go as far as one would hope‚ even though it’s barely a drop in the bucket for these large financial institutions.

The OMSO commissioner‚ Joseph A. Smith Jr.‚ was also quoted as saying that while the initial reports appeared encouraging‚ no one is assuming yet that the banks have completely fulfilled their obligations under the agreement until his office had a chance to review and confirm those results.

And just because the banks have overspent what they had initially owed‚ it doesn’t necessarily mean they are done paying. That’s because banks get less than $1 worth of credit for every dollar they spend on the relief‚ and the amount credited is based on the type of relief.

So for example‚ $1 forgiven in a short sale is worth a 45-cent credit toward that $25 billion debt – and that’s only if the bank owns the loan. If the loan is owned by investors‚ the banks only get a 20-cent credit for every $1 forgiven.

It’s based on credits like this that Smith’s office will determine whether the banks are anywhere close to meeting their obligation. Given the previously-mentioned breakdown‚ it’s likely they still have a ways to go.

The terms of the agreement require that 60 percent of the relief has to come through some form of principal reductions designed to keep people in their homes. As of right now‚ though‚ more than 50 percent of the aid has gone to short sales‚ which are a way for homeowners to sell a property for less than they owe in order to avoid a foreclosure.

In California‚ the rate for short sales is actually higher than throughout the rest of the country. Of the nearly $9 billion granted to California homeowners under the deal‚ nearly 70 percent has been in the form of short sales.