Many Americans these days are struggling financially. Some people have lost their jobs and can’t recover‚ while others endure major medical bills or are trapped by high interest rates and fees on loans and credit cards.

Because of that‚ personal bankruptcy numbers remain high as consumers in these situations and others realize that filing for a Woodland Hills bankruptcy is a good option for them. 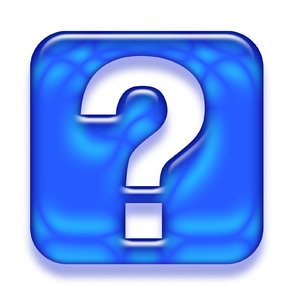 But which option is best? There’s Chapter 7 bankruptcy as well as Chapter 13 bankruptcy. While they both benefit the consumer by discharging debt‚ they have distinct rules that must be followed in order for the consumer to benefit.

Woodland Hills bankruptcy lawyers field calls almost daily from people looking for help. It can’t hurt to sit down and discuss your case and see what option is best. And it’s possible that there may be other legal options that can help you‚ too.

Chapter 7 bankruptcy is perhaps the most popular form and the one that most people identify with. It is the chapter that allows people to discharge all of their debts and sometimes requires liquidating assets‚ but not always. There are instances where people can keep their house‚ cars and other assets. For instance‚ a person may be able to keep an asset whose value is less than what is still owed on it. Or maybe there is a huge loan on a vehicle and the debtor decides not to repossess it.

In those cases‚ a person can walk away from Chapter 7 bankruptcy without his or her unsecured debt‚ like credit cards and medical bills‚ hanging over their heads anymore. This form of bankruptcy is designed for people who have little or no income‚ but who have overwhelming debt problems.

In Chapter 13‚ the consumer is usually employed or has a steady income‚ but has been overrun by debt problems. He or she makes too much money to qualify for Chapter 7 bankruptcy‚ Chapter 13 consumers are still able to discharge their debt.

But they will be able to keep their house‚ cars and large assets. Unlike Chapter 7‚ they won’t be able to just eliminate debt‚ but instead create a payment plan with approval of the court.

The payments will be worked out so they are affordable for the consumer and once the payment period ends‚ the rest of the debt owed is discharged. While all debt isn’t wiped clean‚ a majority of it is and large assets remain intact.

This is designed for wage-earning consumers who are making money‚ but not enough to pay off the debt they have accumulated. This can easily happen with major medical issues and predatory lending practices.

Which option is best for you can only be determined by discussing your particular situation with a qualified Woodland Hills bankruptcy lawyer.