While filing for bankruptcy in Woodland Hills can provide immeasurable relief for debtors of many varying situations‚ one must understand that there can in some cases be a somewhat adversarial relationship with the court-appointed bankruptcy trustee. 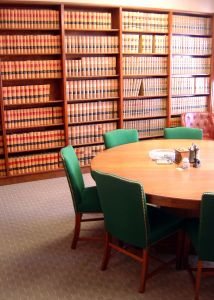 The person in this role will be responsible for reviewing the bankruptcy documents and petitions‚ examining the filer of the bankruptcy under oath‚ liquidating non-exempt assets and requesting the avoidance of certain transfers or security interests.

Perhaps one of the biggest points of contention between bankruptcy filers and trustees is the question of what is exempt. There is property you want to keep – and to which you may be entitled to keep. Some of this is very clear-cut under California law (i.e.‚ your home‚ your car‚ household items‚ wages‚ etc.). However‚ the trustee may have a different view on what is exempt and what isn’t. He or she will not make the ultimate decision‚ but their recommendations are taken very seriously by the court.

Filers need to carefully choose their battles on this front‚ but also need an advocate who can make a strong case to the court when a disagreement arises.

The case of Hardy v. Fink‚ reviewed recently by the U.S. Bankruptcy Appellate Panel for the Eighth Circuit‚ involved such an issue.

Here‚ the debtor‚ Hardy‚ had filed for relief of her debts under Chapter 13 of the bankruptcy code. (As opposed to a Chapter 7 liquidation‚ a Chapter 13 filing is a reorganization of debts‚ with a structured payment plan for between three to five years.)

The trustee objected to this particular exemption.

The bankruptcy court issued an opinion sustaining the trustee’s objection‚ finding that the tax credit was only available to those whose income placed them out of range for most public assistance benefits in the first place. That meant that the child tax credit in and of itself was not considered a form of public assistance.

Per the Internal Revenue Service‚ a child tax credit can be worth up to $1‚000 per minor child‚ depending on a person’s income. Married taxpayers filing jointly and earning $110‚000 annually wouldn’t qualify for this credit‚ and neither would a single person earning a yearly salary of $75‚000. But that’s not most of the population. Many parents are eligible for at least some portion of a child tax credit.

But should that money be protected in the course of bankruptcy? The bankruptcy appellate panel for the Eighth Circuit decided no.

While the court found that state law (in this case‚ Missouri state law) doesn’t specifically define what a public assistance benefit is‚ the commonly understood meaning would not encompass this particular tax credit.