The U.S. Court of Appeals for the Seventh Circuit‚ in a consolidated appeal of four different cases‚ affirmed the dismissal of those cases by a lower court for failure to state claims under the Fair Debt Collection Practices Act. 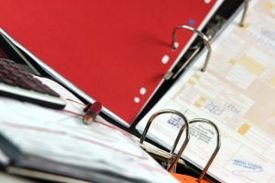 In Borucki v. Vision Fin. Corp‚ the appellate panel determined that a minor deviation from the statutory language required for collection notices did not amount to a violation of the federal law.

For those considering filing for bankruptcy in Long Beach‚ the decision is relevant in that it strengthens creditors’ ability to secure judgments against debtors because they are not strictly beholden to the exact language in the law.

However‚ that does not mean that debtors should not challenge debt collection efforts. In fact‚ many civil judgments are won simply because debtors chose not to challenge them and never showed up to court. Even if a case can’t be won on the grounds this plaintiff attempted to assert‚ there are a number of other debt defense options that your attorney can help you explore.

In the Borucki case‚ the debtor received letters from four different defendants‚ each asserting that unless their offices were notified of a valid dispute within 30 days of receipt‚ the office would assume the debt valid. The notices went on to say that if a dispute was properly filed within 30 days‚ the office would obtain verification of the debt or a copy of the judgment‚ prior to initiating collection efforts such as wage garnishment.

The language in these notices was not worded exactly as laid out in the FDCPA‚ though it essentially conveyed the same message.

Claims brought under the FDCPA violations are evaluated under the standard that assumes the court is dealing with an unsophisticated consumer. By this standard‚ there is no requirement of proof of actual deception of the consumer in order for the debt collector to be held liable. The question becomes not whether the plaintiff was misled or deceived‚ but rather would an unsophisticated consumer have been mislead. This lower standard is in place to ensure the law protects all consumers.

Still‚ an unsophisticated consumer is not considered completely ignorant. He may be naive‚ uninformed and trusting‚ but he does possess some rudimentary knowledge about the financing world‚ and is considered wise enough to read and address collection notices with added care and reasonable intelligence. While this consumer may not read collection letters literally‚ neither does he interpret them in any bizarre fashion.

At the core of this complaint was the fact that the debt collectors in their notices omitted the exact phrase‚ “that the debt or any portion thereof is disputed” and added the phrase‚ “We believe you want to pay your just debt.” The plaintiff alleged the first part violated the law because it an unsophisticated consumer who wanted to exercise his right to challenge the debt might fail to properly do so because he wasn’t rightly informed. The second statement – particularly regarding “just debt” – implies the debt has been confirmed‚ the plaintiff alleged.

The appellate court rejected these arguments‚ finding that any written request for verification of debt constitutes a dispute for purposes of the FDCPA‚ and further‚ the phrase “just debts” is “mere puffery.”

While this plaintiff may have been unsuccessful‚ consumers should be aware that the Consumer Financial Protection Bureau has given notice of proposed rulemaking to modernize the legal framework governing debt collection. Those rules‚ which tighten debt collection standards‚ are expected to be finalized sometime this year.

The $12.2 billion debt collection industry is notorious for attempting to cut legal corners and entering the fray of abusive and illegal tactics in order to collect on debts.

No one should be bullied or harassed into paying a debt‚ particularly when there is possibility you may not owe the amount alleged.

If you are disputing a debt collector’s claim in Long Beach or want to explore the possibility of a bankruptcy filing‚ call our offices today.