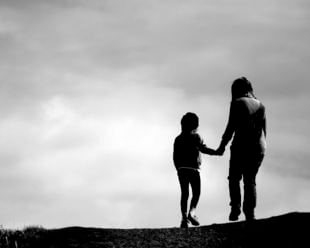 One high-profile commentator recently remarked that the government shutdown would “not be the end of the world” for women and children who rely on government help to feed their families.

Pundit Bill Kristol asserted that churches‚ food banks and other charities would pick up the slack‚ and he brushed off any concern that people might actually starve.

However‚ our Woodland Hills bankruptcy lawyers know that even if no one dies of starvation‚ going hungry is a very real possibility for many. That was true even before this crisis‚ and it’s likely only to get worse now.

For those who don’t have family members or friends on which to rely‚ covering grocery bills could mean racking up debt on high-interest credit cards or through payday loans.

CNN Money recently profiled one woman from rural Pennsylvania who is struggling to determine how she will scrape by without the $150 in government assistance she gets each month to cover her son’s food and formula costs. The 23-year-old has a full-time position as a bank teller‚ but that barely covers the basics. She receives no financial help from her child’s father. Whatever meager extra she has left over at the end of the month goes into a small emergency savings fund – the same one she was forced to drain two months ago in order to pay to repair her broken down vehicle.

Now‚ the WIC assistance program‚ also known as the Special Supplemental Nutrition Program for Women‚ Infants and Children‚ is probably going to be depleted within a week or so unless a new budget is passed‚ according to the U.S. Department of Agriculture‚ which oversees the program.

Those kinds of cuts could result in serious public health concerns that could end up costing us all more in the long-term. For example‚ families who don’t have enough to cover baby formula reach for substitutes such as juice‚ cow’s milk or milk and water mixes. None of these are healthy for infants‚ and could result in long-term problems for a growing child.

Whether this means we’ll ultimately see a rise in bankruptcy filings remains to be seen. Many of those who will be impacted were teetering on the brink long before this happened.

Filing for a Chapter 7 bankruptcy may be something for these families to consider. What it does is free you of your obligation to continue paying on most of your larger‚ outstanding debts. That kicks in as soon as you file. Debt collectors will no longer be able to contact or harass you. The money you had been paying to cover those monthly credit card or medical bills can be freed up to pay for those essentials like food‚ rent and medicine.

It is possible that lowering your debt-to-income ratio could impact your eligibility for federal benefits. This is something you will need to discuss with your attorney before you file.