Those who have found themselves mired in debt know it can be a difficult cycle from which to break free. 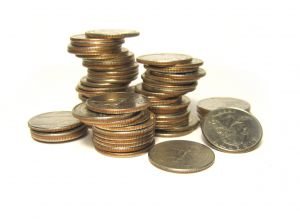 This is further exacerbated by the fact that states frequently allow debt collectors broad authority when it comes to pressuring debtors to pay up. In fact‚ a new report by the National Consumer Law Center indicates that in many states‚ consumers are subject to aggressive collection of judgments for debts. What’s more‚ exemptions to those collections are either not properly enforced or blatantly ignored.

Our Woodland Hills bankruptcy lawyers know that this kind of unchecked power pushes already struggling families toward the edge‚ and closer to poverty.

Every state in the country has a set of exemption laws‚ which were drafted as a way to shield consumers from debt collectors who would otherwise push them to the brink of destitution. These laws protect basic items of property from creditor seizure. The point is to allow debtors to live and work and support their families to a basic degree‚ even if they are deeply in debt.

In some places‚ the law generally works as intended. However‚ many states have lax oversight‚ worsened by the economic downturn and dwindling government resources. Of course‚ that couldn’t come at a worse time for consumers‚ many of whom had suddenly found themselves jobless‚ or at least underemployed‚ and racking up heaps of debt. At the same time‚ the debt collection industry began to grow exponentially.

This “perfect storm” of factors has made consumers increasingly vulnerable to the seizure of essential property.

The NCLC’s recent review of exemption laws in all 50 states found that not a single one met the basic standards of consumer protection‚ which include:

Some states did better than others. States that were granted a “B” rating (on a scale of A to F) included New York‚ Nevada‚ North Carolina‚ Oklahoma‚ Texas‚ South Carolina and Wisconsin.

If you are in debt and have questions about how you might protect your assets‚ we can help.