It’s a shame that people who are already struggling to stay afloat financially are then targeted by companies aiming to swindle them out of what little they have left. 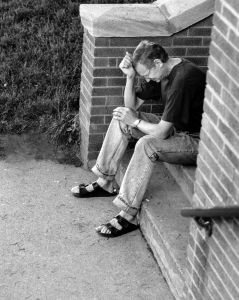 Unfortunately‚ our L.A. bankruptcy attorneys know that it’s become a major problem all over the country. And scams don’t stay local. Operations headquartered on the East Coast have tentacles that spread to the West‚ and visa versa.

One of the most recent‚ out of New York‚ has been high-profile for the fact that it’s resulted in criminal charges against the operators.

According to The Wall Street Journal‚ the operator of the scam also owned a popular Brooklyn nightclub. He allegedly ran a side company that ripped off some $2 million from about 1‚200 people across the country who thought that money would be going toward settling their debt. Instead, prosecutors say‚ he pocketed it. No payments were made to those creditors‚ and the people who trusted him were left with demolished credit scores‚ even less cash and creditors that continued to hound them.

Two of the defendant’s co-workers have already pleaded guilty to charges of wire fraud‚ mail fraud and conspiracy to commit both. The rest are facing similar charges‚ and are staring down the possibility of 25 years in federal prison.

It’s likely that once all these cases are resolved‚ the victims may be entitled to restitution‚ but it could be some time before they see any of that money. In the meantime‚ they are left to fend for themselves.

The Better Business Bureau reports that complaints regarding debt consolidation and debt settlement practices have been filed in all 50 states. This one case alone involved more than 1‚000 victims‚ and there are potentially thousands of others just like it.

Debt settlement is supposed to work like this: The consumer will pay a fee to the debt settlement company‚ with the understanding that the company is going to try to negotiate with creditors to settle those debts for less than what is actually owed. The problem is that a lot of these companies don’t have the consumer’s best interest in mind.

In some cases‚ the debt settlement firms drag their feet so long that the consumer ends up having his or her wages garnished or facing litigation from creditors with whom they thought they were negotiating. Many consumers had continued to make monthly payments to the debt settlement company‚ only to learn those payments weren’t forwarded on to the creditors.

It’s understandable if you want to try to exhaust your other alternatives before considering bankruptcy. But it’s worthwhile to meet with an attorney about handling your debt settlement because at least you know he or she is accountable to the state bar and you can verify references.

If you still want to go with a debt settlement agency‚ watch for the following red flags:

When you weigh the pitfalls of debt negotiation‚ you may well decide that bankruptcy is the better option. Do yourself the favor of at least making an educated decision after meeting with an experienced legal representative.

If you are facing foreclosure in Woodland Hills‚ contact Nader‚ Naraghi & Woodcock to schedule your free consultation. Call tel:(818) 446-1334.